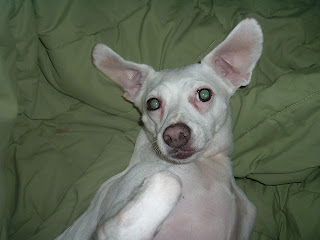 Hmm. There have been lots of things going on... which means I probably won't post as much as I should. I have a tendency to post a lot when nothing is going on and posting very little when lots is going on. So I'm going to try to make the posting match the eventfulness of my life, but we'll see how it goes...

I'm not at work this week, because I finished up last week. But I'll be going back in about two and half weeks now. Work was very stressful those last weeks. I realized afterwords that I had gotten too invested in it. I am a Christian and I am not supposed to conform to the way of the world. And while I think the job isn't a horrible one (like sweatshop manager or something) it's also still pretty worldly. It doesn't have to be, but it appeals to my baser ambitions (that is competitiveness and the like). I needed to get away and get my priorities right before I restart. So it's a nice vacation. Admittedly, I'm not making much money... but I also don't have as many living expenses as most people so while I won't be able to do much more than pay my bills, I will be able to pay my bills... or at least, minimum payments, you know? Can't serve both God and money. (Wish I was out of debt though).

I went and visited my friends at my alma mater on Monday. It was very nice to see them all. I love them so... but I didn't get a lot of time to visit. I also had spent time with Tabitha, who might be pregnant. I say might because half the tests say she is and half say they aren't. Then she goes to the doctor and one test says no, another says yes, and another says inconclusive!! Poor lamb. She and her husband do want the baby, though if she's not pregnant, they would be okay with waiting a little longer as they don't really have their feet under them right now... but she's showing. So if she's not pregnant it means she has a cyst so large it's making her stomach stick out more. So that's really bad. So we're hoping baby.

I went again to the young adult group I go to at my church tonight and it was a lot of fun. We laughed and joked. Last week Tabitha came and had a good time. I was surprised. She's not got a rich relationship with Jesus, though of course I wish she did. So I hope she hangs out with us again sometime. This weekend we're going contra dancing!

When I was visiting my friends at college, I got to have a long talk with one of my best friends who I've really not gotten to be in touch with as much as I would have liked. I love her so. And we talked about many things, including my fiance. God is showing me more and more that he's holding me in the relationship. [I edited out some things that were here, because I'm looking at it with the lense of looking back and knowing what God knew was going to happen. So I'll tell you what I was saying here, but in that lense. Eric and I had exchanged marital vows online, not legally, but I meant them. God was showing me I needed to keep my vows, and at the time it was a joy though our relationship was painful. Later, more comes from this.]

And now I'm at my friend Lydia's house. We're going to get training for a job tomorrow together. I'm so excited! It's the "perfect" job... or at least it sounds like it now. It's a non-committment training, though. They can refuse to hire us or we can walk away and there shouldn't be hard feelings on any side. The job won't start until at least January, it might not start for almost a year. It's with a nonprofit and they are looking for grant money. But it is a paid position, and it does good work. It is the kind of job I would be proud of-- not just proud of, but honored to work on. The kind of thing I'd love to do for free (but can't afford to! :) ).

My little dog (whose picture is at the top of this post) is going to miss me. I am spending the night at my friend's house so we can leave at first light, then tomorrow I'm staying in a hotel. The training is a few hours away.

God is so good, he answers prayers. There were all kinds of difficulties with today, but they were worked out. And I just feel so joyous right now. I love Him so!!!!

This post is not poetic or reflective, but at least I touched on the important matters from this week... I think. Now that I've said that I'll probably post this and realize I didn't mention something very important. I suppose it could be worse! :)
Posted by Pamela M M Berkeley at 8:08 AM