The Adventures of Red Riding Hood

I've arrived in Washington, DC and boarded the bus for Charlotte. Hours ago, when I was in NY, I wrote a blog post... only for us to lose our wifi and not get it back the whole trip. So here is my blog post, with the only addition really being that I made it on this bus just fine. And that Mom and Dad are talking about not picking me up for hours after I arrive at 7:15. Sounds exhausting just thinking about it. They want to avoid rush hour. But wouldn't that mean they'd have to arrive at like 10:30? (in order to miss Spartanburg's rush too you know?) Anyway.... here's my post from earlier:

I have this lovely wool coat. It is very red. On the trip up, the extreme heater of the bus shrank it a little bit, but it still fits. I have to be very careful of it, so it won't shrink anymore. If it does it won't fit anymore. 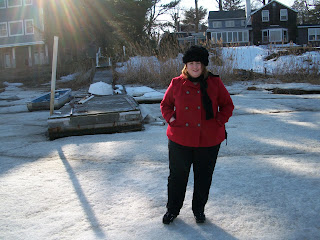