I am thinking of my friends today. I do that a lot. Anyone who knows me very well at all, they know my friends because I tend to talk about them. I adore them and never have enough time with them. I heard a sermon on Andrew in John 1:40-42 once:
Andrew, Simon Peter’s brother, was one of the two who heard what John had said and who had followed Jesus. The first thing Andrew did was to find his brother Simon and tell him, “We have found the Messiah” (that is, the Christ). And he brought him to Jesus. 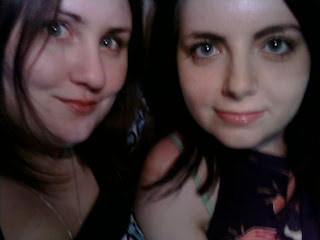 Me and Tabby.
Well, today, my close friend Tabitha is having her baby! His name will be Jordan. She was induced less than three hours ago, and as far as I know, she's not had him yet. I am excited and praying it all goes well. I hope to get to see him. Tabby wants me to come to the hospital and see him today or tomorrow, but I don't know if I'll be able to find a way.
My friend Lydia found a job this week. I am happy for her, but I admit I'm wistful. I've been looking for a job a lot longer than her. But I've been praying and I know God will give me employment in His time. But I know Ryan and I have been praying.

I just love my friends. I'm just filled with an ache for them now. Not just Tabitha and Lydia. Jennifer, Adela, Grace, Hannah, and others (Erika, Sarah, Kandice... the list goes on). It's sort of been a theme this week. I just want to connect, you know, in that wonderful, real way.... 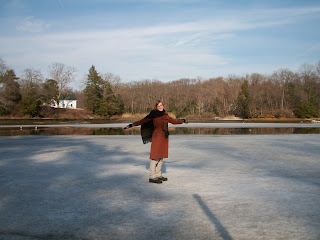 Lydia!
I've also been missing Ryan. Not that anything happened, we're still very much together and in love, we've just not really gotten to talk in days. Just hurried minutes where the connection/reception was awful, quick texts, etc. So I miss him dearly.
Actually, a month or so ago I got a 'wow' realization (not a bad one!) when I realized Ryan really is my best friend (other than Jesus, who holds the title of BEST FRIEND eternally). See, I talk to Ryan daily. I don't do that with any of my other friends. Tabby and I communicate usually at least five times a week at minimum, but it's typically texts, not real conversation, outside of seeing each other in person. Lydia and I talk real conversations, and see each other, usually at least once a week now, but it's never been daily.

But Ryan and I talk daily, for at least a few minutes, and if we can find the time (which we haven't lately) we talk for hours. But it's been too long since the last time we got to do that. The time difference doesn't help, neither do my odd sleeping hours, his hefty work schedule lately (his office is moving locations, and he's the office manager, so it's really falling on him), and most annoying is the fact that we barely have a connection between my cell phone (it's an old one and I am very, very soft on it) and our connection has been acting up lately. We know it's the connection because it acts up sometimes when I'm on the housephone, also no one else I talk to on the phone has mentioned I'm breaking up a lot, though they all complain I'm too soft. So in a typical fifteen minute conversation lately, we get disconnected at least twice. So it's been nearly impossible to have a good heart to heart with Ryan and I miss him.

Tonight is Bible Study and I look forward to seeing everyone there. In my life, I have come to appreciate my friends so much. Jesus has shown me that, and with it, his attitude towards his own friends, of which I am overwhelmed and grateful to consider myself one.
Posted by Pamela M M Berkeley at 6:20 PM