Does anybody know anything about teams or horses or oxen or even sled dogs? 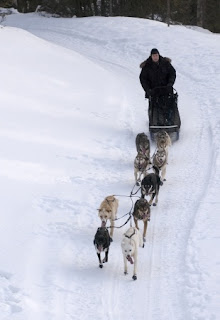 My mind is exploring the concept of "equally yoked" in a way I haven't done before. Not really, anyway.

If you have no idea what I'm talking about that's okay. I didn't either until college. Friends of mine were freaking out because their daughter, a Christian, was marrying an unbeliever.  They kept talking about being unequally yoked and I didn't know what they meant. I don't remember if someone showed me or if I found it on my own, but here it is:

"Do not be unequally yoked together with unbelievers. For what fellowship has righteousness with lawlessness? And what communion has light with darkness? "  2 Corinthians 6:14

The standard interpretation of this means Christians aren't supposed to marry non-Christians. Since Christians are 'new creations' they're just not alike enough with non-Christians for this to be a good idea, since the weight of the yoke would strain one more, and they might be pulling in different directions.

The idea for this blog topic came to me a few minutes ago in the kitchen. What I was thinking was "With that verse we always focus on what 'unequally' means but not on what 'yoked' means, what that looks like. In the Bible times, people would have first hand experience with animals being yoked to pull carts or plows. They would understand the give and pull, the relationship horses/oxen/etc have with each other. What insight I could get if I talked to someone who knew about that in the 21st century!"

So I decided to come on here and talk about what I know, from reading, about the relationship of animals who are yoked together. And to ask any of you if you have first hand experience...

But I just got my socks blown off by a discovery.  The passage doesn't mention marriage at all!  Oh, I don't think applying it to marriage is a stretch- after all, that partnership is the lifelong one, the only lifelong one you'll probably ever make (the one with God is eternal), but you and your spouse will work together until death does you part, and become ONE, so it the most important application of this verse, hands down.

But it doesn't restrict itself with that. This is the passage, to put this verse in context:

"Do not be unequally yoked together with unbelievers. For what fellowship has righteousness with lawlessness? And what communion has light with darkness? And what accord has Christ with Belial? Or what part has a believer with an unbeliever? And what agreement has the temple of God with idols? For you are the temple of the living God. As God has said:
“ I will dwell in them
And walk among them.
I will be their God,
And they shall be My people.”
Therefore
“Come out from among them
And be separate, says the Lord.
Do not touch what is unclean,
And I will receive you.”
“I will be a Father to you,
And you shall be My sons and daughters,
Says the LORD Almighty.”" (2 Corinthians 6:14-18)
What strong language! Paul thought this was worth emphasis.  I want to be clear I know it's not about removing yourself from the world because that would be un-Biblical. For example Paul says in 1 Corinthians, a letter written to the same people as the passage above, "I wrote to you in my epistle not to keep company with sexually immoral people. Yet I certainly did not mean with the sexually immoral people of this world, or with the covetous, or extortioners, or idolaters, since then you would need to go out of the world."  From that we can see he doesn't think the Corinthians should remove themselves from the world, that is, from the company of non-believers. Two animals who are yoked together are partnered together for work.  So this verse is about Christians not partnering with unbelievers to do work, not removing themselves from all interactions.

So what is work?  For a long time God has me asking that question, because if you didn't know, I've been unemployed for over a year. For sure, I know work is something far beyond something that pays you cash. For example, being a parent is work, but it doesn't pay you.  And for me, blogging is work. God has made that known to me. Housework is work.  So is ministering to the poor. So is flipping burgers.

So does this mean that Christians shouldn't have anything to do with non-Christians in the workplace? My gut says no.  But my gut has been wrong. I need to meditate this more.

But I think that working with and partnering with are two different things. And there's a difference between the work God has given you and your day job. Sometimes they're combined. Sometimes, like in Paul's case, they're not (he was both an apostle and a tent maker. He made tents to pay his bills, but his real work was being sent from God to the Gentiles.)

Would God want us to be business partners with an unbeliever? What about a non-Christian boss? Co-workers? Employees? Temps? I know so many stories about Christians using their job to witness, God leading them there... 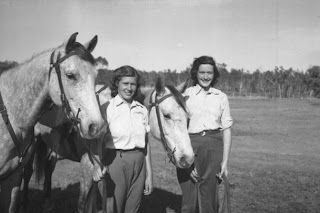 I think this applies to partnership, not just working with someone.  Like "working with" someone would be akin to the horse who pulls the plow and the horse that pulls a machine that sows stuff into the plowed earth (I don't know what that's called but I know it exists) are working together, but they're not yoked together. They're not partnered.

I especially think this mainly applies to God's work. That is, if you're flipping burgers, I hope you're doing it to the glory of the Lord, and you're doing a good job so people think 'yum' and not 'yuck' when they see their burgers. But I think you probably think God's work (that is, your ministry) at your job is when you interact with people. Maybe you try to brighten days, or to listen and help bear someone's burdens. Maybe you know the drive thru girl is a lost sheep and you're trying to share the gospel with her.  That's the work that you probably shouldn't partner with an unbeliever on,  and who puts on the lettuce and who puts on the tomato. At least, that's where I'm thinking now.

But then what if you're doing something that's more of a vocation? That is, let's say you're a lawyer. They have partners. Would you want to become a partner in a law firm without Christians at the helm? Could you partner with them? What about an investor? Would you partner with a non-believer in an investment? A Christian would (should) be investing in things to further the kingdom of God, while why would a nonbeliever be investing in anything but something to pad their own pocketbook? Or does what your investing in matter more than who is investing with you? And even if you're just trying to make money so you can then invest that money in the kingdom, before that step comes (if it ever does, investments are dicey) you would look exactly like the non-believer in the eyes of anyone who saw you.

There's probably an observable difference between the burger flipper doing their job for Christ and the one who isn't, or the lawyer who knows God's the ultimate judge and the one who only cares about winning cases, but we should probably avoid partnering with anyone in a situation where we'd look the same in executing the work as the non-believer. Because our witness is way more about showing people that there's something different about us (ie Jesus lives inside us and we're a new creation), and only a fraction about talking about God.

What about the Christian blessed enough to work for a nonprofit (oh I wish I could!!) and getting to help people full time, and still earn a living.  For example, let's say you work for a Christian organization that's giving shoes to kids in Africa.  Would you partner with another organization, a secular or non-Christian religious one doing the same, in order to share resources and help more kids... but while eliminating the message of "the Lord Jesus Christ cares" that you'd hoped to share with every pair of shoes?  I mean, it's a tough question. All of these are! 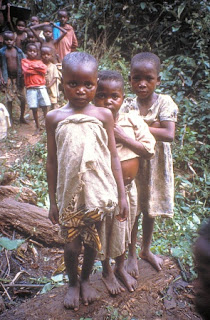 What is yoked work?  Why is Paul emphasizing this so seriously? Can we appear different from the world while working with them? What about when we partner with a secular school to help educate our kids or other partnerships that definitely occur, but outside our own workplace? What is partnering? Could we justify marrying a non-believer in order to save them? If we dwell on this too much, might we forget to love the unbelievers and get legalistic? Do we remember that the good news is more important than success at our earthly endeavors?

Indeed, I think this verse implies that while we might have success at earthly endeavors, we'll fail at 'storing up treasures' if we partner with unbelievers. And we need to work for the kingdom, where no rust or thieves or moths shall destroy our efforts. If we live in cardboard boxes here, it's totally worth it, if we're laying up treasure there. This life is but a puff of air, right? But what if we get to heaven and Jesus goes, "Welcome! I love you, I'm glad you're here. Here's your mansion... there's just one problem.  There's nothing to go in it because you stored up your treasures on earth and the earth has passed away now. Sorry." (I mean this metaphorically, so don't freak out on the theological details about this example, but you get my point!)

I read this verse as part of my daily readings, which puts the fear of God into my heart, and soberness in my spirit:
"Now I want to remind you, though you know all these things: the Lord, having first of all saved a people out of Egypt, later destroyed those who did not believe" -Jude 1:5
We're the salt and light, but remember, Jesus does say salt that loses its saltiness is only good for throwing away. It all comes down to Christians and non-Christians being different.

Indeed, I think this could be why it's so very hard to effectively share your faith in "Christian" countries. The Christian and non-Christian look the same, we're all 'civilized' and trying to be 'moral'.  And the Self in us doesn't like to stand out, so it's easy to try to blend in. But we're supposed to emit the aroma of Christ, which smells like death to those who aren't our brethren and aren't seeking Him.

Deep stuff. Obviously, I'm just meditating through it all. I hope you've enjoyed joining me... and am impressed you've read this long thing! Please, please feel free to add your thoughts in comments.
Posted by Pamela M M Berkeley at 2:54 PM