Telling You a Little More (Lots of Pictures)

I needed a departure from my normal blogging.  So I've decided to have a little fun and join this "Blog Bash", which is a giant blog party where bloggers tell you a little about themselves and their blog. This should be fun for all of us.

I'll start it out with five random facts:
About My Blog-
Its Beginning.

From the beginning this has been God's blog. I've done my best to be authentic and transparent while still being discreet and sensitive. I've learned a lot, been humbled, and grown ever closer to the Lord.  When I started this blog back in September of 2008, it was an anonymous outlet, for me and for praising God. I did usurp it sometimes.

This blog has seen me through the betrayal of a fiance and that failed engagement, being laid off on my birthday, two jobs and a total of 29 months of unemployment (and counting), a period of singleness, finding the guy God intended for me, a biopsy, and some traveling. Oh, and waiting. Lots of waiting. And more and more waiting.

In April 2011, my blog took a different turn. I'd stopped being anonymous long ago, but I'd done nothing to promote my blog. My attitude was anyone God wanted to see the blog would find it through His leading. As I approached my 200th post, God changed that in me. He showed me that my blog was something I'd had discipline in, and I'd not given up on... I really needed to hear that at the time. I was feeling like a failure. He used my blog to teach me a new way to look at work, and working for Him and not the world. I redesigned my blog and decided to a) link to it on facebook and b) try to blog as close to daily as I could. This post will be my 386th! Yes, I've blogged almost as much in six months as in two and a half years!

Currently I'm blogging through the Psalms. God gave me the idea four weeks ago and I've no doubt of that. I take one Psalm a day and reflect on it.  It's been interesting, and I'll stick with it because, well, I know it's God inspired! I hope I'm speaking to someone through it, and if not, I know God is blessing me through the reading. I am blogging for Him, first and foremost, and you also. You should come back tomorrow (on Fridays) and link-up with me! I've been doing a link-up each Friday.

I also do book reviews, will be picking back up doing the Couch to 5K program, and in addition, just normal hey, I'm Pam and this is what's going on and I'm thinking about posts.


Where Its Going.
To India. :) With prayer, I'm hoping to visit India soon, then not that long after that, to move to India to marry my boyfriend, Ryan. I'm very excited and nervous about that. A lot of my time and energy nowadays is spent in anticipation of India. I hoping to start going through my things and sorting the 'will bring' from the 'will not bring'. That is going to be really be hard, because I think I'll only only be able to bring like maybe ten percent of my belongs! 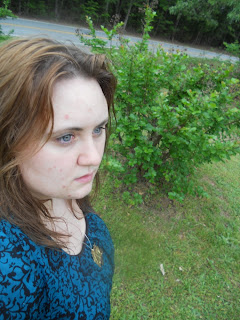 My name is Pamela. I'm twenty-five and I live with my parents in a rural part of South Carolina just outside Spartanburg, SC. Currently I'm struggling with poverty, since I've been unemployed for eighteen months. It's really affecting me as I'm clinging to God as my treasure and work as something other than the world's definition of it.  This blog is an example of my work, but only one example.
I'm an artist of many media, with words being my favorite.  I'm an avid animal lover, with Sophie my rat terrier as the dearest to my heart. I also live with my parents pets: Radar the german shepherd mix and Mallory, Devlin, Corwin, and Ezra the cats, and my sister's cat, Cinnamon.  I love them all as well. I'm a HUGE reader, which is why getting free books in exchange for reviews is so exciting to me.

I live in the middle of nowhere and don't own a car.  I have dial-up internet. My life is full of nature, space and time right now, so moving to a city of 2 million in India is sure going to be a change of pace! I'm really excited for the adventure, and depending on God fully to make it happen.  That really stretches a person. But Ryan and I know we're listening to Him on this, and we do have faith He'll come through for us. 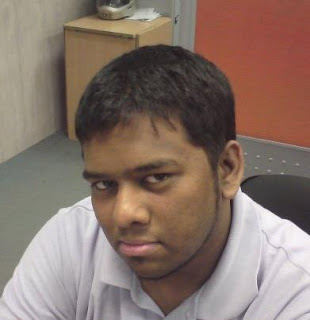 My Ryan is awesome and amazing.  Right now I'm really missing him because he's off at a church retreat.  He's funny, sweet and has amazing dimples.  He makes me feel cherished, has oodles of patience with me that I am so thankful for, and truly loves the Lord.  For Ryan and I both, Jesus is the chief love of our life.  Our love for each other is second to our love for Him, and that's how it should be and I am so grateful for finding a man who understands that. He loves just goofing off with me as well as talking about serious matters. He's forgiving and incredible.  I love him. I love him. I love him.

My absolute best friend is Jesus. Then I have my like life long best friend, Ryan,, who I very rarely go a day without talking to, and sometimes talk to him for seven hours or more a day.  Then there's a tie between my two very different "best friends":
Tabitha, who I've known since we were both nine. She's married with a beautiful baby boy and is a baby Christian. When we get together we tend to visit parks, stores, drive around randomly, and exercise. We used to exercise regularly, but since her lovely son was born, it's been more complicated. She shares my love of pets and she and her husband have three dogs and a cat. She's into being practical and is a total workaholic. She is absolutely my sister.
Lydia, who I met during freshman orientation in college. She's a single graduate student who is also working two jobs. We go to a Bible Study together weekly, and I probably see her at least once a month at a group social event like a party. When we get just-Pam-and-Lydia time, it's usually for more than just an afternoon, but instead some kind of adventure. We've gone on a six state road trip, a camping trip, and over a half dozen other little trips I can think of... Our hanging out time usually revolves around either God, church, Christian fellowship type things or artistic stuff.  She's a talented musician and crafter and has grown and stretched me in my faith.  She is also absolutely my sister.
I also have lots of other friends who are awesome, like Melissa, Erika, Hannah, Anne, the members of my Friday night Bible Study, my Canterbury Friends, and numerous friends from college. I love you all!!

My Family.
I live with my parents and, for now, my younger sister Alison who is here until the end of the semester. My parents have been happily married for 31 years and are wonderful.  Dad is a hard-working man who aside from his full time job is also a volunteer firefighter.  My mom is a master gardener and quirky and wonderful. Both are extremely intelligent and kind.

I'm the middle child of three girls. As I mentioned my younger sister is living here now.  She's a physics student and will be marrying her fiance, Brad, next year. I introduced them!

My older sister, Beth, has been married for five years to my brother-in-law Daniel. She's a high school student and he's a computer engineer. They live in Florida with their dog, Chance, when they're not traveling the world. They'll be in Peru for Thanksgiving.

I also have a wonderful extended family who I wish I saw more often.  Mom, Dad, Alison, and I are the only ones here in South Carolina.  I'm originally from New Jersey, and a lot of my family is still there. I also have family in the San Diego area of California and Kansas City, Missouri, as well as other parts of the country.

Thanks for joining me today.  I did have fun with this.