I was recently reminded of some wise words given to me by a friend back in college.  She'd been praying over her own body image problems and God gave her some immense wisdom, which she felt He wanted her to share with me.

I was reminded of this while I was on the phone with Ryan the other day. I'd gone into the bathroom to wash my hand on the way out I caught a glimpse of myself in the mirror.  Our medicine cabinet mirror is really three mirrors. When closed, they create one, but one of the doors was slightly ajar. The effect created had my right and my left side an inch or so closer than they normally were; I looked instantly slimmer! I smoothed out  my shirt and preened with a sigh and said to Ryan, who couldn't see it, "I wish I was skinnier."

To which my Ryan replied, "Don't. I love your body just the way it is."

Instantly I remembered the insight my friend had shared from God back in college as I laughed and thanked God in my head.  Ryan and I have had talks about our bodies many times. And he'd be okay with it if I lost weight, if I felt I needed to... but he'd also be just as happy if I stayed just as I am.

And I thought of all those years before I met Ryan, when I'd bewail my body. Admittedly, there were also times I was perfectly happy with the way I looked and felt.  It's been a mixed bag. Whenever I'd feel good about myself, people would waggle an eyebrow when I took an extra cookie or I'd see guys check out every girl I was with and not glance in my direction and all my good feelings would be gone. 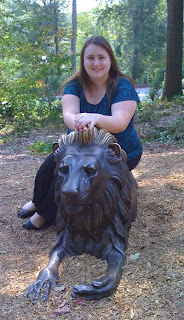 But God had a plan. He know my Ryan. And He knew the body He'd given me was the body Ryan would like... when I first became overweight, I was 12, and I had done nothing to gain it.  Four years later we realized I had PCOS.  Since then, there's been pretty much nothing I can do to lose it, though I'd get incremental gains.  I'd diet for a month and gain four pounds. I'd gain muscle but not lose any fat from exercising.  So I'd give up, and I'd start to accept maybe this was what God wanted for me... and then someone would come along and tell me no, and imply that since I wasn't fit and thin I wasn't really honoring God's temple. When the Bible talks about honoring our bodies as the temple of the Holy Spirit it refers not to exercise or eating but only specifically to not being sexual immoral. Anything more is speculative interpretation. Not necessarily wrong, but not necessarily right either... but since you don't know, it would  make me worry and doubt. And I'd start hating on my belly and stretch marks once again.

I also worried about losing the weight when I was single. Because what if I did find a guy, but a guy who'd only have been interested in me skinny? I'd not want him then. Because who I am wouldn't change with my waist size, and any man who wouldn't want me when I was large didn't deserve me when I was smaller.  So I didn't worry about driving off the man of my dreams with my weight, but instead worried if I lost it I'd attract a loser who'd lie and say he'd have liked me before. 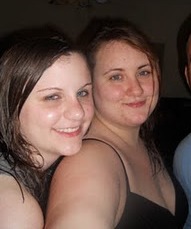 Instead, I kind of always figured the man for me would be a man who'd look past my body and see the real me, a being who transcends it...

It didn't occur to me that I'd find a man who delighted in my body.  That had seem preposterous, I guess because myself I basically overlook my body except a few nice features. I don't delight in it; how could anyone else?

But Ryan does.  I'm just his type! I thank God for this, because He made me and He made Ryan and He knew we were meant for each other.  I love Him, God, thank you.


You give good gifts.
Posted by Pamela M M Berkeley at 3:44 PM