Why I Cried This Morning

I don't know how many of you watch the show "How I Met Your Mother"... my little sister got me addicted to it. She's a character though; she's obsessive about having to watch things in the right order, so she's always a season behind because if she misses one episode she has to wait for the DVD.

I've got some emotional stuff to talk about that relates to last night's episode. So if you like the show and you've not seen it yet, this is your spoiler alert. And if you don't like the show, well, it's only sort of related so you'll probably still like my post (I hope).

In last night's show, which I watched this morning on my DVR, the character Robin found out she's infertile. 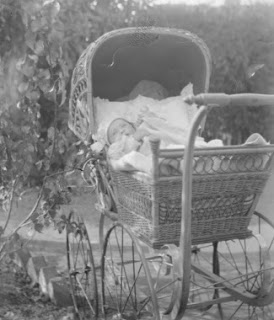 I burst into tears.

Not because I have some attachment to Robin having kids.  But because I remember what that feels like, sort of.  When I was 16 I was diagnosed with polycystic ovarian syndrome (PCOS).  PCOS is the leading cause of infertility.  Having it doesn't mean you're infertile, but if you're infertile, then statistically this is the most likely cause.

My gynecologist told me then, at 16, that I'd probably be fertile until I was 25. It set a little biological clock ticking in my head.  I thought I'd be married by 22 at the latest... okay, maybe 23 if you were going to push it... and I'd have at least one kid by 25.

I do have a future husband. And we've definitely talked about kids. A lot.

I think God's going to show up and I'm going to be mom. Hopefully biologically and by adoption. Sometimes I'm even more excited about adopting.

I was surprised, slightly, that I started crying. I mean, I'm really not stressing about getting pregnant. I believe God opens and closes the womb, so it's in His hands I trust Him.

But I also wasn't that surprised and I thought, "Wow, this is really deep in you.  Boy am I glad no one is around to see me cry. Maybe I should blog about this later."

But when I got online to blog, I was a pure blank. I'd basically forgotten about this. So I got on a message board I'd recently joined... only to find people talking about whether or not kids should be mentioned during a wedding (ie. "Kids are next!" or prayers for children) or if the focus should just be on marriage, and kids should come later...

This brought up talk of infertility, and the emotions of earlier this morning came rushing back.

I don't know when I'll be able to hear about infertility without my heart hurting, maybe I never will be able to do so.  I know God makes us go through a lot of hardships sheerly for the ability to have compassion on others, maybe that's what this is about.  I don't know.

And if you've been reading this blog for a while, you know I went through a uterine cancer scare earlier this year, and that came rushing back too.

I'm not sure what the point of this post is, but because of the television show and then the message board, I definitely feel this was supposed to be the topic of today's post. I'm sorry it's disjointed.  I love you all.
Posted by Pamela M M Berkeley at 5:39 PM