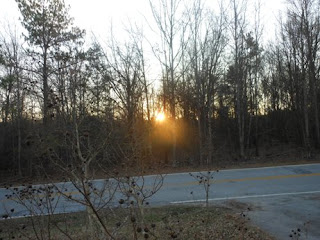 A few months ago, I had a dream where I was in the small town I grew up in (I still live right near it) and I ran into one of my friend's husbands.  Two days later, I was in that town and I ran into him. Now, you have to understand, I've only met the man maybe twice in my life so it's not like I see him everyday. The dream had had what I call a 'significant quality'.  Now, I hadn't run into him at the exact same place or in the exact same manner, but I did run into him.

A couple weeks later I had a dream where I ran into a friend of mine, a blogger and real life friend, who was pregnant... with twins! It was funny, because she had two baby bumps instead of one and said she hadn't announced it on her blog until the two merged into one big baby belly because it was just silly looking. Hilarious. I knew one was a boy and one was a girl.  I woke up feeling this dream was so significant that after mulling it over for 12 hours I felt I should contact that friend. Just like I hadn't run into the husband in the exact same spot, I wasn't sure that this dream meant she was pregnant... but I felt it meant something.  Well, two days later a different friend (my friend Tabitha) told me she was pregnant! And now a little over a week ago she found out it's twins! So we'll see if it's a boy or a girl, or if they only thing my dream got right was it was twins.

I first started this blog over three years ago because of a dream, sort of.  See a few years before that, my same friend Tabitha had called me and woken me up. I was still half asleep and asked her if she'd ever worked in an office, because I could clearly see a memory or something. She said "no..."  Well, over three years ago, Tabby and I worked in an office together. And on that first day of work, I suddenly was living that memory.  Yes, it was deja vu. I ended up getting peace from God that it was confirmation that at that time I was where I was supposed to be in life, and I ended up starting this blog off with my very first post expounding on that. You can read it here.

I've had lots of deja vu all my life, but it wasn't until college I figured out it was remembering dreams. And it wasn't until relatively recently that I've been able to have significant dreams like that and link them to things that happen so soon after. That's pretty new.

I've only ever had one reoccurring dream. And it was actually a reoccurring theme in a dream. I'd be a passenger in a car where there was suddenly no one driving. Sometimes we'd be driving along and the driver would disappear or bail. Sometimes the car would start on its own and pull away. And I'd be climbing over seats (I was usually in the back) and trying to steer, but usually couldn't get to the pedals...

And the car never crashed. It drove over cliffs, bridges, around curves. But in all of the times I'd have this reoccurring dream, it never crashed.

And I'd wake up and think, "I really need to get my driver's license." Because that's what I thought the dream was about.

Then a few years ago when I was visiting my aunt and uncle in Kansas City, they had a few books on Christian dream interpretation. I'd never consult a secular book on dream interpretation; I remember Pharoah and his courts trying to interpret dreams in Genesis and it was only when Jacob, who was given the ability by God, looked at the dream did they get anywhere. I believe true dream interpretation is given by God. So I looked through these books, really just for fun, and one of them was set up like a glossary or a reference book. If, like me, your dream had a car in it, you'd look up a car and you'd see what they normally represent.

And suddenly, bam, the true interpretation hit me. Those dreams weren't about my driver's license anymore than Jesus saying 'beware the yeast of the Pharisees' was about how much bread the disciples had. That dream was saying that I was in a car that was being driven by no one I could see with my eyes, but it was okay.  That I am a passenger in the car of my life, but God is behind the wheel and it is okay. Or as a hymnist put it "It is well, it is well with my soul!"

How do I know that was the correct interpretation? Not just because it resonated with me (after all, feelings can lie) but because the dreams stopped. I never had that dream again for years, until this past summer when I was unemployed and getting a biopsy, and it reoccurred. And I cooled my anxiety, and put my hope in the Lord, and it went away again.

I'm not saying all dreams are significant, though all can be impact us. The other night I woke up from a nightmare and called Ryan in tears. I kept calling and calling until I got him (he said I called 20 times; I was half asleep and didn't realize it was that many times.) But I'd had a nightmare about our relationship, and he soothed me and comforted me and loved me even though I was being a loon, and I think our relationship grew a little stronger because of it.

And then the other day I had a crazy long, complicated dream. I get those. But then for the first time in my life, I was able to analyze and intepret it myself. Every single detail of an extremely complicated dream (I wrote it down on a legal pad and it took more than a full page) was in line with a common theme: I want to be a mom.  There were about three or four plot lines, that all circled around it. It focused on the subjects of adoption, biological kids, raising kids when they were older, and in the end concluded it was complex, I'd be a mom when the time was right, it's possible to make an impact in children's lives now even without being a mom, and motherhood is a huge responsibility not to be taken lightly... but I desperately want to be a mom.

I've never, ever been able to interpret a dream like that. It was amazing. It made me wonder if God is giving me new insights in general, or if it was just that one dream. I don't know.

Lastly, as I wrote this post a friend of mine messaged me on facebook. A friend who has had amazing dreams from God about the Church universal, the war between Good and evil, and all sorts of things... and reminded me to mention that too. Even when He'd not let me interpret them, dreams have played a part in my fellowship and friendship with my brethren in Him.

There's no major conclusion to this post. I just wanted to let you know what God has been doing in my life through dreams, and share.  God uses dreams a lot in the Bible to communicate with us.  I don't think any of us should go overboard in running with a dream, and I think that He'll confirm everything He sends us; He tells us to test all things. But I do think dreams are a legitimate way He communicates with us.

Linked up with Brag on God Friday.
Posted by Pamela M M Berkeley at 3:18 AM