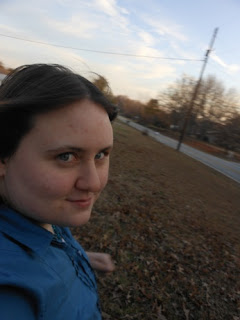 God has been hearing my prayers. He has been reassuring me.

My job, which God sent to me after nineteen and a half months of waiting, has ceased. So one prayer: what do I do now?

Ryan and I are wanting to get married. There are practical considerations thereof, which require thought and planning... and openness to God's unexpected nature. We have to know when to be firm, when to be flexible; when to dream and when to let go of all expectations. So each day is a strange collision of these things, and yet often is good. And another prayer: how to get from here to there?

God has been letting me in on His plans for me... partially. His way is to be a light unto a path, not to hand me the map. He has more fun guiding me on the journey then letting me do it alone, and I need to lean on Him.  Yet, when God lets us in on a hint, we are always "how? why? when? where? let's make plans and get going!" And I need to caution myself, hoping, hoping, hoping I won't pull a Sarah and have a whole "Hey, Abraham, have you met Hagar?"

Earlier this week, I was encouraged to pray for boldness. I did.

And later, I found myself boldly articulating some truths that have been in my brain... truths that I hadn't realized God really wanted me to share. I'd given to supressing them based on my understanding of authority. I never really feel like I have any, so I have to earn it, before I can speak out and make a point.  But if I am listening to, living with, and following Christ, and I speak in love, then my authority is His.

I wrote the following. It was a comment on someone's blog. Honestly, it wasn't in response to what the author of the blog said so much as it was the accumulation of months and mostly obedience to God to write. I couldn't not write. I edited some points to make it clearer here:

[Recently] I posted in my own blog about being more authentic in my blogging... I was going to shy away from [saying this] because it was too raw, but God has compelled me that to not speak up would be to disobedient to Him. I mean this all in gentle love.

I am not rich. Blessed? Indeed. [A post I did on my blog celebrates] the blessed quality of yesterday, blessings that had nothing to do with possessions or money. This week has actually been really great. But when I think of money, I tremble. I’m not rich. I’ve never made close to $35,000, [if you do, you're in the 4% richest people in the whole world] or close to $10,000 in a year. I’ve never owned a car. I’ve never had a steady, full time job. I graduated college and since then I’ve had three part-time, temporary jobs. Added together, ten months employment in forty-three months. This week, my seasonal position– the first job I’ve gotten in nineteen & half months– has ceased. I have debts that I do not add to, and haven’t for years, but I also haven’t made much effort in paying off because my income has been so small. I am not homeless… only because I live with my parents. Without their generosity, I would be. My belly is not empty. I praise the Lord for this. I am definitely blessed. I sleep in a warm house in a cold, wet January and I am grateful.

And I definitely have too many possessions. God’s been telling me to go and clear it out. I am not a paragon. But I am so sick of hearing “all American Christians are rich and selfish and need to figure it out”. I am not saying that those who are shouldn’t be compelled to generosity. And I am not at all ignorant of the poverty overseas and the fact that I think that God has blessed our country in order to pass these blessings on. That is always His Way.

But this issue is so much bigger than this. I am moving to India. Partially this is because I’m marrying a wonderful, amazing Indian man God made me for, and part of it is because God’s calling me to go. Another part is because the visa process for an international couple is just so much easier there than here… I can’t actually afford for him to come to me.

But a large part of it, and this is me being authentic here I don’t tell everyone this, is there really isn’t anything in America for me anymore. I’m sure this has to do with God encouraging me to go, and seek His path for my life, but I’m not alone.

On the US census, 1 out of 5 in my generation was unemployed. That was two years ago. The situation has not improved.

I have a heart for the poor of the world. But I think we, as Christians, need to wise up to the poor in the church. In Acts, the Christians prayed for a spirit of boldness and instantly they became active in generosity. Their first act of giving was to take care of the needy among them. It never says they started a soup kitchen or wrote letters to soldiers. I’m not dissing those things. But the first thing they took care of, the first priority, was making sure not a single brother or sister didn’t have what they needed.

I think the American church needs to see that 1 Timothy 5:8 “If anyone does not provide for his relatives, and especially for his immediate family, he has denied the faith and is worse than an unbeliever” does not just apply to our spouses, parents, and children, but to our brothers and sisters in Him. Any church that gives generously to strangers of ambiguous spiritual state without first making sure every member’s needs is met is in violation of this verse.

I had that revelation months ago. But I’ve been too afraid to share. I am poor and I thought, “people will just think I’m begging for a handout. But I do think this is Truth from God. I’ll wait until I’m on my feet, and then tell them.” But now I am convicted of how wrong that was.

I’m trembling inside, because I feel I must write this or be disobedient. I’m more timid than this normally; but I also have prayed for boldness. God bless you, and keep you, and give you growth, joy, strength, and peace. Seriously. Nothing but love. Strong words, but nothing but love.

I really was trembling inside when I finished writing that. And I was humbled because I realized God had given me that message months ago, but I had hesitated. But I'm sharing it now, and running back to Him to await more.

I also trembled when I made some phone calls this week. About things in my life that is very important. Things that are both fruit of prayer and reason for further prayer. I took a good step forward to be obedient and trust God with everything. Not saying I'm great at either of those things, but I am clinging to Him to make me better.

I have prayed the Lord reveal something to me by my birthday, something private, something important. (My birthday is in February.)

Ryan and I are also praying for Him to get a job. This week if possible. If not, at least by the end of the month. We are not praying this selfishly. We are praying this because God has given us confirmation and promises about our future, and we believe he needs a job for us to realize this future.  If you follow my blog regularly you know that he had a job interview this week.  We are close to this, I believe. But we have also prayed about how we know if it's the right job. So we will be obedient to Him.

I have seen God show up so much recently.  So much fruit. So much larger understanding. Blogging about that again soon.

I wanted to share with you about fruitful prayers. To encourage, to be authentic, to love you.

Linking up to Brag on God Friday.
Posted by Pamela M M Berkeley at 1:31 AM