A Week Which Grew Me

This week has been so up and down and crazy.  So crazy in fact that before I published this earlier in the evening, I heard a horn honk outside and realized my sense of time was off by an hour and I had to run outside, hair not brushed, to grab my ride to Bible Study. Let me tell you about it, and I promise I'll bring it back around to the Lord. 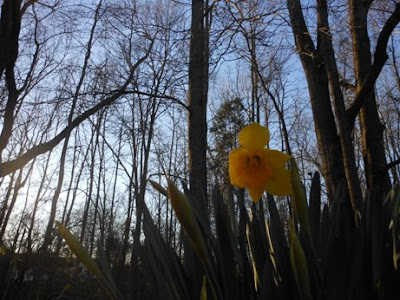 So how am I now going to show you this is a Brag on God Friday post? 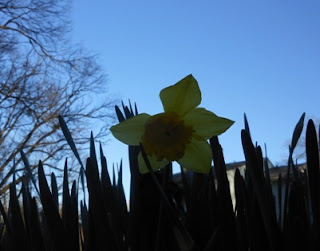 The balloon release was blessed. When I woke up that morning (and the event started at 10am) I didn't have a ride, but I prayed and God provided. I was able to go to church and fellowship, and I was able to resolve the thing God brought to my heart during the service this week. The phone call  that didn't go well, and the phone calls that kept my playing phone tag stretched my patience and faith and they always need stretching. With the passport, I accomplished something we've been waiting and praying for, and oh well about the Nook. I'll get that resolved later. It can wait.

Ryan and I getting into the theological argument was actually a sign of growth in our relationship. We're getting to a place where we have to deal with issues like this one, and we both trust and love God to get us through. When we resolved it the second time, we did so with a clearer sense of commitment to each other, even though we didn't resolve the whole issue for all time. But, God willing, we have time and we have willingness to get there. While Tabitha's issue is unresolved, both she and I were comforted by other mothers who came and told Tabby it'd happened to them during their pregnancies and wasn't as bad as it sounded.

And of course the really good stuff: Mom is cancer free, I got an award, and I got to hang out with Lydia!

The night I had to cling to Ryan (I feel so lame admitting I was scared) was good for me. Relying on God to help me sleep once Ryan and I got off the phone was even better. I realized that if the only way to calm my scaredy-cat heart down was to simply call on the name of Jesus every second until my phone call the next day, than that's what I'd do... God did let me sleep, but I realized that I didn't have to let into fear.

And that phone calling going wonderfully is such an encouragement to my spirit.

And the second fight Ryan and I had? It was necessary and I do believe we're better for it. He showed me some real flaws in me I'd been blind to me, so with prayer and perseverance I hope to be a better person because of it.

Then, despite the fact that I had to embarrassingly brush my hair in my friend's car, Bible Study was so blessed. We had the most wonderful study in Job. My spirit was singing in praise of God! And I had real honest fellowship with my Friday family, we grew in Christ and prayed together tonight. It was a blessed, amazing evening.

This whole week has stretched me, brought me closer to God, changed my life a little, and honestly, I'm a different woman than I was last Friday. I'm not saying you can't recognize me, but I can feel this week's impact.  God is the author of my life, and if you stuck with me this far in this long blog post it's probably because you can see what He's writing is interesting.

But I'm telling you, I am so sabbathing tomorrow. It's going to be me and a stack of books I have to read, the Bible and probably some Doritos. Oh, yeah. 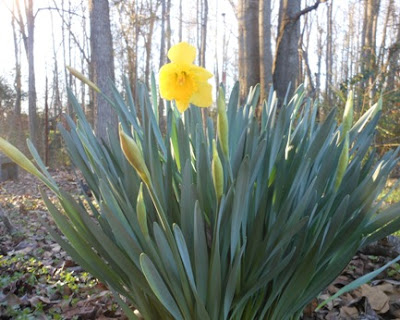 PS. This morning I found spotted the first daffodils of the year to bloom in our yard.  To me, daffodils have always been the ushers in of spring. Seems significant!

Linking up with Brag on God Fridays.
Posted by Pamela M M Berkeley at 10:51 AM