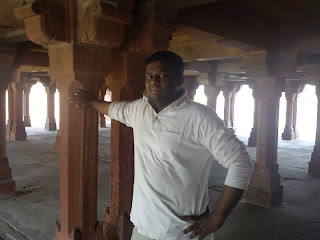 Praising God this Preparation Thursday! Ryan has a job!

You've heard a little of the saga, but now that it's over I'll give you the overview:

Last Thursday he had a job interview. He showed up... the person interviewing him did not.

He waited three hours. When he left he told them if they wanted to interview him they'd have to do it on his terms and give him a phone interview. He was very angry. Knowing the US job market, I assumed this meant he'd never hear from them again.

On Friday they called and he got his phone interview. They did several interviews throughout the day. At the end of the day he was basically told he had the job, but he wouldn't find out the salary until Monday.

In our long job search, he's gotten about a half dozen job offers, but none of them have been enough. I can't work for the first year I'm there (legally) and I have college debts, unfortunately, so we have a minimum. So we weren't celebrating just yet.

Monday he went in to get the job offer and eager to discuss the job itself, the company, etc. The person he met with was ill equipped and unwilling to have a conversation about the job with him, the letter he was offered had run out of ink on the second page so you couldn't' read it, and the amount he was offered was just short of enough.

We discussed it and decided he'd try to negotiate, but we were both pretty glum. On Tuesday he woke up with severe allergies and just took the day off.

On Wednesday he called them up to negotiate. The first person he talked to said the offer was what it was and there was no room for negotiation and got off the phone. A few hours later he got a call from a  new member of the HR staff and she discussed why he wanted more. She said she'd negotiate with him a better salary and made an appointment for this morning.

We were hopeful. The salary they'd offered was so close that if they were really open to negotiation they'd probably give us enough.

I went to bed last night hoping... his morning is our night, so he met with her while I slept.

And of course you know he got it. He negotiated a salary slightly above our minimum. He starts April 9th. We're very relieved.  Thank you, God.

Throughout this experience we've been praying to God that the right job offers us enough money... and if it wasn't the right job that they wouldn't. So as frustrating as having about a half dozen job offers (including a few tempting ones) that weren't just enough was, we also knew it was God protecting us. So this job must be the right one!

In other preparation news, I completed the first segment of my Hindi studying! It took about a week, which is a nice pace. I'm going to keep it up. And I was also looking into other online resources. Learning a new language makes my brain hurt. :)