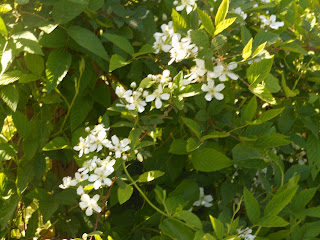 Last week I wrote about hearing from God. After writing just a little, I realized this was definitely going to be a series. So here we are for part two!

This week I'm going to talk about a few ways we hear from God.

First, I want to say that God tells us to test all things. I say this not just so you remember to test this blog post (but go ahead and do that) but so that none of you are swayed by someone who is not God, whether it be yourself or others, including the powers of darkness (yes, they exist).

The first and most obvious way the Lord communicates with us is nature. In Romans 1:20 it says "For since the creation of the world God’s invisible qualities—his eternal power and divine nature—have been clearly seen, being understood from what has been made, so that people are without excuse." So God speaks to every single one of us through creation around us. It proclaims Him, and that is why none of us are excused from faith.  Often when we learn about the intricacies and amazingness of nature, we can learn about God, since it is insight into His mind. Just remember the corruptions of nature came after the fall, after He created it and we caused this. The scripture says both that the earth was cursed and all of creation is groaning to be saved. So if you see ugly things in nature it is humanities fault... but often God speaks about our own condition and the need to be saved through these tragedies.

He also will even more directly speak through nature sometimes. Perhaps a prayer of whether you should go somewhere is answered by a storm its unsafe to drive through. Or I have told about how God has spoken to me through birds before.

The next most common way is the Bible. Some would have put this first, except most people don't read the Bible unless they are seeking God, but all of us interact with nature.

That being said, Scripture is probably the most common way He speaks to us on both and individual and group level. I hope you have all had the experience of that right verse or passage at the right time, and you just know God is in it.

Of course, the Spirit must first open us up to understand scripture or else we are unable to interpret it in Truth and instead do so through worldly wisdom. I was a Religion minor, and I remember having to painfully sit through classes where we were taught that many scholars, even ones who said they were Christian,  agreed that it was too much to believe that the feeding of the five thousand and the feeding of the four thousand both happened, but instead that obviously there were two differing accounts of the same event so the author decided to include both. As if had Jesus done it once, it would be impossible to do it again? 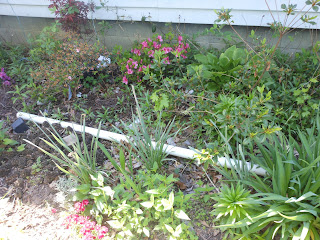 Or worse, there is a theory whose name I forget which says that most of hte prophetic books of the Old Testament were OBVIOUSLY written after the events they predict came true: otherwise how could it be explained that the events came true? Obviously it was common to write things down after they took place and predate it to give credence to the religion. Argghhhh. So spiritual "eyes to see" and faith are necessary for one to really dive into the Bible. Indeed I think the sad case is that many try to seek God through higher education like seminary, instead of seeking God first and letting Him direct them there, so we have lots of Christian experts who are spiritually blind but experts on scripture.

So how can you be sure that God is speaking through scripture? Test all things. Scripture does not contradict, so make sure you are familiar with the entire Bible.

God created us for union with Him. We are spiritual beings. The whole point of the world as we know it is the Church, that is, that human beings would find, through Jesus Christ, union with God. So as this is the most important thing in life, we all need to make spiritual things our priority. So if you aer a Christian and you've not read the whole Bible... make it a priority. Listen to audio in your car. Get a reading plan to complete it in an year... or three years... or 90 days! Or just get a checklist, ignore the days and just check off what you've read in your normal routine. After a while, check the holes. Make sure you go read those things you're not sure you ever have. Become familiar with the Bible. Why? Because reading out of context doesn't just have to do with not paying attention to the verses around it, but since scripture doesn't contradict so many times false teachings start when someone observes something in say an epistle and gets carried away with it... not realizing that in, say, Psalms their interpretation is debunked.

In order to hear God more clearly, speaking Truth over our lies is essential, and having a diet of the Bible is the best weapon. When we partner faith with the Bible, God does speak to us. Directly. Intimately.

Within the last twenty-four hours when I was reading, God convicted me of my own spiritual immaturity. In 1 Corinthians 3 Pauls asks "Are you fighting with one another? Are you comparing yourselves to others and becoming consumed with jealousy? Then it sounds like you are living in the flesh" and unfortunately I could think of yes examples to all of that within the past day.  It was humbling to read that, but it was also good. It showed me how much I need to work on growth.

God can talk to us that way through the scripture. He can convict us of our failings, strengthen our faith, encourage us, lighten our load, compel us to action... whatever we need.

Another way God talks to us is dreams. We see this throughout the Bible: Jacob's ladder, Pharoah's dream he tells to Joseph, Nebuchadnezzar, Pilate's wife, Peter's dream about the Gentiles, Paul's dream to go to Macedonia... and many more examples. It does still continue today. 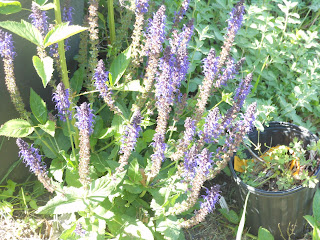 In Job 33:15-16 it says "In a dream, in a vision of the night, when deep sleep falleth upon men, in slumberings upon the bed; Then he openeth the ears of men, and sealeth their instruction". I know I have discussed how God has spoken to me in dreams before. I've talked about the link between deja vu and dreams. God does speak to us this way, so don't take dreams lightly. But do understand most of our dreams are not significant and don't get paranoid. The dreams that matter.. you wake up knowing there's something important in that dream.

I think hearing dreams from God is interesting... but it's also hard to be sure of. With the indwelling Holy Spirit there are much more direct ways God talks to us! In the Bible dreams often had to have an interpreter, but it should be noted that this is more common in the Old Testament. In the New Testament the Holy Spirit seems to make dreams clearer.

When it comes to any of these methods of communication, if you're unsure, ask God for confirmation. Test all things. Do this with faith, or He won't answer, but pray that you know He has the ability to answer. He will come through if it really is Him trying to tell you something! If He tried to tell you once, He will be faithful enough to try again, so long as it's truly a matter of your incomprehension or faithful uncertainty and not because you lack faith or are sticking your fingers in your ears and saying "I don't HEAR you!" (And look at Jonah: even if that's the case God may persist!)

In preparing for this post, I wrote a list of many of the different ways God speaks to us. These three examples are just a small sample. So next week I'll do part three!