I've had someone tell me before, "I don't trust anyone who says God talks to them."

I typically fall silent and get appraising, deciding what to share and what not to share, inquiring internally, because I do hear from God. 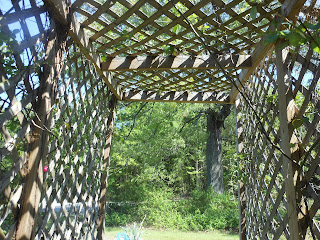 Last weekend I watched a television program about Cults, specifically two real ones in the US in the last few years and I watched and saw a common theme is the leader claims to be the mouthpiece of God. And I remembered that sentence "don't trust anyone who says God talks to them" and I thought, "Ah. That's where they got that."

And of course, I don't trust those cult leaders either. And you shouldn't.

But how do you know who really hears from God and who doesn't?

Well for one, those leaders claimed to have a special ear to hear God.

There is no such thing.

The wonderful thing about Christianity is that we are all equals. The scripture enumerates on how God doesn't have any favorites in Acts 10:34-35. That doesn't mean we're all the same. God values and indeed created and crafted our uniqueness. He will communicate with us in different ways and even stress different things not because He's different but because we're different. He's our Father, our great Teacher. If a teacher has three different students, He may take different approaches with them in order to bring them to their best. Let's say student one is great at math, but is weak in reading. He may assign extra reading to this one, in order to give them practice. He knows them well enough to know that this one has the discipline to pull it off. At the same time, he has another student who is great in math and passable in reading. Perhaps He'll give this one more math, to keep challenging them and encouraging growth in their gifted area. And a third one is gifted in reading but poor in math. She lacks self discipline, so he asks the first one to tutor her in math...

All this is just an example, of course, but the point is while He may deal with each of differently, and tell us each that our focus should be directed on different things, but He doesn't change. In all His methods, He desires the best for each of us, His dear students, His dearer children. 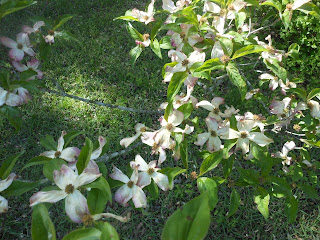 And just like some students respond through different learning styles, God talks to each of us differently. Some need Him to shout and wave His hands in front of their face to get their attention. Others respond to the barest nod or directed gaze. Some He waits patiently for them to calm down and listen. Others He can laugh and banter with. It doesn't change Him, it has to do with us.

The thing about these cult leaders is they say they're some unique mouthpiece for God. DO NOT BE DECEIVED. I'm not saying God can't speak to you through others. But you can always go to God and say, "Is this from you?" Indeed, He'd much prefer you do so. He tells us to test all things.

Now, I'm saying you can all hear from God and I mean it. (How you know when He speaks I'll talk about later.) But you're not going to hear from Him regularly or consistently unless you're His. God can talk to whomever He pleases to, but the Bible says "everything works out for the good of those who love Him" (emphasis added).  I can understand why you might be freaked out at the idea of hearing from God if you're not His... But His salvation is free and any of you can receive it. If you'd like to know more, email me.

Now for my brothers and sisters, I was thinking how these cult leaders draw people in because they want to be close to God. And I thought about how there are Christian teachers who draw people in.... without ever turning people to Jesus himself. 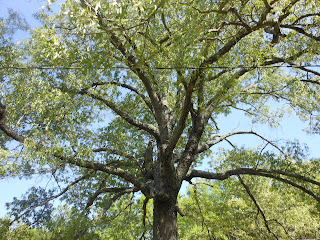 Let us know about Christ's imperative for us "go forth and make disciples".  Disciples are basically students or apprentices ('disciple' is from the same root word as 'discipline' fyi). So that means that there is space for some of us to be teachers. And that some of us are teachers is one of the spiritual gifts... yet Jesus says to call no one but Him teacher. How does that work?


See, the teachers amongst us are more like Teaching Assistants in the modern University system. They are like the graduate students teaching basic courses based on their professor's curriculum. If the students advance in the class, they'll eventually take classes by the professor himself, perhaps He'll even sit them down and advice directed project and thesis's (is that right?) We learn from our brothers and sisters who have something to teach us from Him.... and we learn from our colleagues later as well... but Jesus is and will always be the only real Teacher. Any Christian teaching something He's not approved and given the teacher first is only promising they'll be dealing with His discipline later. We are all His students.

There's more I can say, but I've decided this is long enough and I'll make this a series (well at least have a part two). Stay tuned. And listen to God.

Linking up with Faith Filled Fridays.
Posted by Pamela M M Berkeley at 9:42 AM