This is the third post in a series about Hearing from God. You can use these links to read part one and two.

Last time I discussed how we hear from God through nature, the Bible, and dreams. What was next on my list was different than what I believe is meant for today. 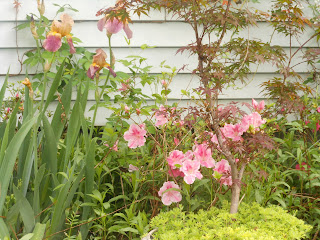 I'm going to tell you the story of my morning today. I promise it will fit in.

This morning I got out of bed begging God for forgiveness. I can be a despicable, weak sinner. He answered immediately and saved me from the darkness within, and I got up and tried to decide what to do with my day when I felt like trash.

After a while I got online and found an email from that job I've told you about, which I have been praying about... the job which when I think of it my heart bursts out of my chest. I didn't get it. (And I lost one blog follower. :( )

Writing a post about Hearing from God just seemed entirely out of my ability at the moment. My best friend Tabitha and fiance Ryan were also both online and I was talking to them on facebook chat.

They didn't know it, but I ended up curling on my side in the recliner, fetal position style, and sobbed my heart out for a few minutes. I cried out to God, "Just tell me what to do! I want to be obedient!" This might have seemed an extreme reaction to you, but the refrain going through my mind was, "Why don't any of the jobs I want ever want me? I feel like I'm never good enough." Of the last 48 MONTHS of my life, I've spent 37 1/2 of them unemployed. There's only so much rejection a girl can take! 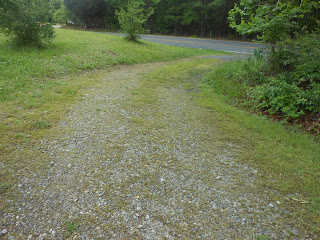 But Tabby comforted me, perhaps without trying, saying she was sorry I didn't get the job and sorry she was so selfish, but she was glad I'd be here this summer. The job I'd applied for was a residential summer position, and I wouldn't be around. She's currently 26 weeks pregnant with twins, and was just put on modified bedrest. I relaxed a little dwelling on that and the fact that this is my last summer before moving to India, perhaps it's a blessing to spend it closer to home (though maybe another residential position may come up.)

And I talked about how I felt to Tabby. And it made me think about this documentary I saw yesterday which I plan on posting about later, but for this story you need to know it's caused an ache in me to do something about the unjust economical system somehow, to ease some of the suffering in the poor somehow. 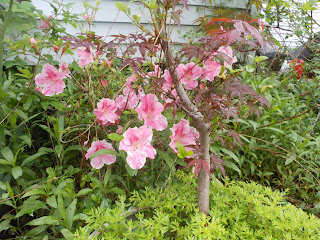 And I think that's part of the reason I've been unemployed. Somehow God has raised me in the richest country on the planet while giving me a heart that doesn't just feel for the poor, but claims them. I'm not saying that I am the poorest of the poor by any means (the fact that I'm online proves that) but what I mean is, I honestly know I am them, but for the grace of God. I watch this documentary about unjustice and I feel like sticking up for my loved ones, these strange people in a strange country I've never met. I can't really describe it, but I know it's alien to the way most of my countrymen feel around me.

And this brings me back to Hearing from God. One of the biggest and most amazing way He talks to us all is with our experiences. Remember, He is Sovereign. He puts us in situations where we are needed or we need, usually both. He gives us trials that uniquely shape us. He gives us pleasures and desires that direct our paths.

Like our memories, there is both a short and long term version of this, and they weave together over time.

With the long term experiential communication, it typically happens slowly over time and you look back and you say, "Whoa." 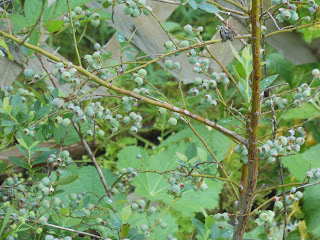 Remember, God knows if you're His sheep. I've heard many stories of many people who come to God and know Him for the first time... and then look back and see how all the experiences of their lives is proof, with their new spiritual eyes, that He was there seeking them all along.

And for myself, I can see how He intended me to move to India years before I ever thought the idea or met Ryan. I was a religion minor in college and really was going for the Christianity classes, but you had to take at least two different religions. I was interested in Judaism as a background, so that was a no-brainer, but what about the other one? Well Hinduism fit in my schedule. That was the reason that I took it, but because I did while I am by no means an expert (I just took a 101 level course) I probably know more about that religion so important to my future home than most Americans.

There are other more subtle things, but I an look back and see how God knew where I was going long before I did. 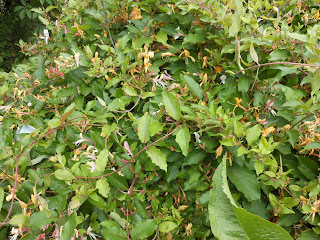 Then in the short term version of this kind of communication, it's more obvious (though sometimes we miss it.)  A frequent, general example to give you is when the same message keeps coming up through various unrelated sources. For me and others I know, this will often happen with scripture. I'll go to my (not affiliated with my church) Bible Study and we'll discuss a passage. Then I'll go to church and they talk about it there. Then I hear it on the radio or randomly flip my Bible open and land directly on it.

Okay, God, message received! And I study and pray about it and get what He wants to tell me.

And sometimes it's light and fun, like hearing a song at just the right time that it's like an inside joke from God.

And sometimes it's like this morning. When I looked at my circumstances and trials of the past four years and how they've shaped me. And I thought about the documentary that so moved me yesterday. And I remembered blogs I've read over the past year. And seminars I've attended years ago. And then I get online and read a blog post that's quite relevant! 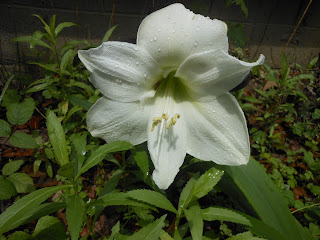 And I go, "Ah, Lord. I see." And I nod thoughtfully, still not sure what to do with this new information, but now aware God's been leading me somewhere and He's opening my heart and especially my hands for something new.

Hearing from God is often like learning a dance by just dancing it. You fumble and trip and misstep... until suddenly it clicks and you do it. And you clap your hands and say, "Let's do it again!" and you revel in getting it... and He goes, "Now that you have that down, let's try this..."

Linking up with Faith Filled Fridays.
Posted by Pamela M M Berkeley at 12:00 AM