[I've got a giveaway going on right now for a Christian book. Check it out! Ends Sunday night.]


This is the fifth part of a series. Here is where you can find the first, second, third and fourth parts! 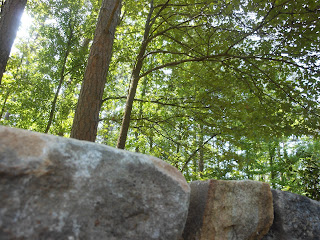 Yesterday Laura put up the Faith Filled Friday link up, but I didn't know exactly what God wanted me to write about in this stage of the Hearing from God series, yet.

Then this morning I was talking to Ryan and suddenly I knew.

(Because I was hearing from God. See? It all works--- together.)---hjk

Ryan was telling me how he's realized that he needs to spend some time with God during his breaks at work, because otherwise he's finding he's spending a third of his day without God time, and it's not good.

This prompted me to tell him about how yesterday I felt God prompting me to work on my "homework" for the two Bible Studies I'm in, and I didn't do it. It wasn't' that I was saying, "Yeah, don't want to do that" but more like I responded, "right, right, adding that to the to do list"... but then I got a phone call from my friend Shilo, asking if I'd like to hang out with her. I gladly agreed and we had a great evening.(I actually think I'll blog more about that tomorrow.)

But after I got home, after spending hours busy with other things, I ended up resorting to sinful behavior. 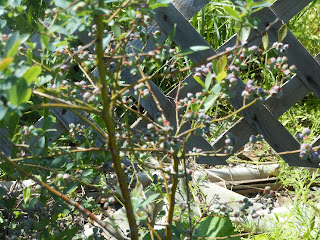 I woke up this morning, feeling pretty awful and definitely repentant. And stupid. Because I know that the reason God was prompting me to do my Bible studying yesterday morning was not because He was trying to get me to check something off my to do list promptly, but because He knew what the day would bring and the design of my being, He knew my need in advance. And I didn't listen. As I said, I feel stupid.

But the Lord doesn't want me to sit around beating myself up for my stupidity and lack of prompt obedience, or even my sinful behavior. He wants me to turn to Him with a repentant heart and learn to do better.

The Lord wants to teach us, and often He does it with internal prompting. It's like He points to things to direct our attention. How do we know if it's Him and not us?

Commonly, practice. You have something like yesterday happen to you, and you look back with hindsight and you see, "oh, darn, God was telling me something and I didn't pay attention." And so you learn what God's voice sounds like, what His prompting sounds like... it also comes from faith. Not faith that a certain prompt is Him, necessarily, because we can fool ourselves. But faith that He has the ability and desire to communicate with us. Just that faith alone makes a huge difference in our ability to hear Him (but never in His ability to communicate.) 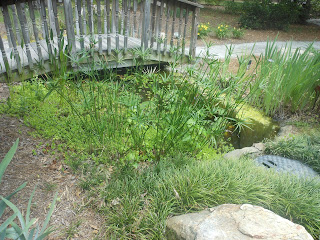 One of the best ways to encourage our faith to grow is to repeat and meditate (affirm) His promises. The reason I included the verse about hearing God's voice at the beginning is because that's God's promise to us that we will know His voice. Dear Christian brethren, you know you are His sheep, right? Therefore you will know His voice. But the newborn lamb doesn't know the shepherd's voice... but they learn quickly to respond to the shepherd through experience with Him and through witnessing the reaction of older, wiser sheep.

So if you're His sheep and you're thinking to yourself, "I don't really hear from God", rest assured! You will! Persist in time spent with Him and persist in fellowship with other Christians, and you'll soon be amazed at how present He is daily. Maybe you'll be like a friend of mien who was telling me a story of when she was talking to God and she said, "And God laughed. And I asked why He was laughing and He said..."

Amazing right? I wish I could hear Him like that, but each of us are individuals. And I have faith that as long as I am growing in fellowship with Him, He communicates with me the way I need to hear Him. You can rest assured in that too!

Linking up with Faith Filled Fridays.
Posted by Pamela M M Berkeley at 9:00 AM