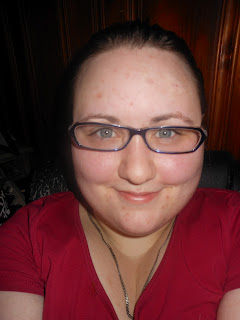 Only one week to go! Whoo!

Day one was Monday. I hit the pavement around 6:45, and it went really well. I was pleasantly surprised to see I was slightly faster than Saturday, and while it was definitely a workout I didn't struggle to finish.

Day two was Wednesday. I overslept, and didn't get on the road until 7:44 and it was much harder. It was actually a pretty cool day, but it's where the sun was positioned in the sky, so that there is less shade. Since I run on the road, the asphalt heats up and plus I don't want to sunburn.

I run with a water bottle. Since the interval training has ended I only find myself able to take a sip or two (because it's hard to drink and run, I would drink during the walking before.) I had been considering finding a very small container to drink from so I didn't have to carry as much... but then on Wednesday I found another use for my water: pouring over my head to cool me off quickly. So the water bottle stays; I definitely wouldn't have finished without it!

Day three was supposed to be Friday.... but I overslept. I opened my eyes to see sun streaming down and looked at the clock: 9:13am. Grrr...

So for Saturday I set two alarms... and woke up, snoozed them and then dreamed I had woken up... lol. I finally woke up at 8:39. I stepped outside... and came back inside immediately saying "no way". It was hot and muggy. I did, however, workout inside with dumbbells and my stationary bike.

So Sunday, this morning, I set three alarms & two alerts on my phone. I got up and did it! I was slow to wake up and didn't start my workout until 7:18, but that was okay... especially  since it was foggy. In fact I just kept lapping near my house because I didn't want to run in certain ares in the fog, like where there's an embankment.

But I survived, I did it in time to get home and change clothes to leave for church at 8:30.

Posted by Pamela M M Berkeley at 1:17 AM

Email ThisBlogThis!Share to TwitterShare to FacebookShare to Pinterest
Labels: running