My younger sister, who moved to Georgia last weekend, came back on Friday to move her cat, Cinnamon. 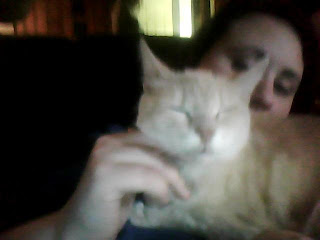 Cinnamon is thirteen years old. We got her when she was five months old, so we really grew up with her. She's always been Alison's, but I love her two and she's fond of me as well. Actually, I'm think I'm her second favorite after Ali... 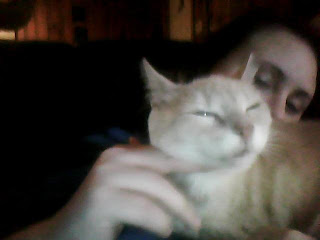 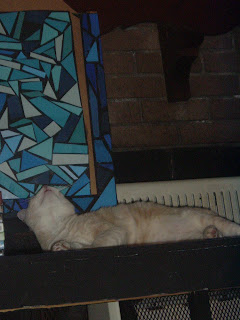 She doesn't travel well, so now that she's firmly ensconced in Ali and  Brad's apartment she'll stay until they move... so while I'll certainly see my sister again (she's just two hours away, and will be up here often) I probably won't see Cinni before I leave for India. 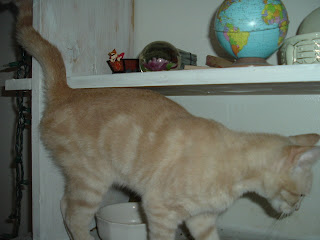 And between her age and the fact whenever I come back to the USA to visit I'll probably come to my parents and so will Ali... I may never see Cinnamon again. 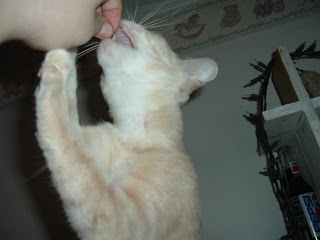 That made Friday the first goodbye... 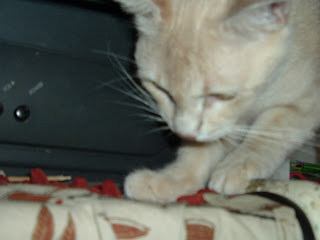 And when it comes to humans, you can keep in touch by facebook, email, phone calls, etc. Not so much with cats. So starting my goodbyes with Cinnamon... it's tough.
Posted by Pamela M M Berkeley at 10:33 AM