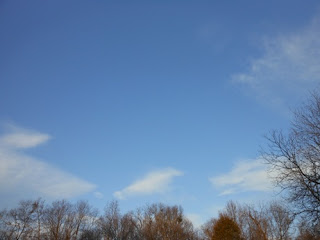 I know; Wednesday is over. But I've been meaning to write this for three weeks and for whatever reason I never get online on Wednesdays lately, so I'm posting this anyway.

One huge thing I'm having to adjust to about my wedding is my family and friends won't be there.  We don't have the money for two weddings like we'd originally hoped (a US one and the Indian one). So, we're only having one in India.

Now my best friend and maid of honor Lydia has promised to come to India with me. So I will have one representative from home. And when I realized we were talking about December, I got really excited thinking my beautiful, jet setting, high school teaching big sister could probably be there. She and her husband usually travel every Christmas break anyway. Last year I think it was Austria or something. So I asked her and hoped it'd all work out... I mean, why wouldn't it?

But apparently Beth has a reason and won't be coming.

After she told me this, I went to the bathroom to cry. There were lots of people around and I was praying for God to help me pull it together. My heart was breaking. None of my family would be at my wedding!

And the Holy Spirit swept in. Suddenly, I was reminded of Jesus in the crowded house when someone came in to tell Him His mother and brothers were outside.


But He replied to the one who told Him, “Who is My mother and who are My brothers?” And stretching out His hand toward His disciples, He said, “Here are My mother and My brothers! For whoever does the will of My Father in heaven, that person is My brother and sister and mother.”
-Matthew 12:48-50

Now Jesus didn't stop loving Mary and His brothers (we especially know this from how He talked to her and John from the cross). But He showed that all believers are family, and blood bonds aren't stronger than spiritual ones.

So I will have family at my wedding-- in the form of Ryan's church. They are my brothers and sisters.

And when I thought about, while most of our guests may seem like strangers at the time, they won't stay strangers. I'm moving to India! I will get to know them; when I look at the photos later, I won't see strangers.

My heart thus comforted, I was able to leave the bathroom.

My rallying cry lately has been, "Life is for our holiness, not our happiness." That doesn't mean there is no happiness, but "seek first the kingdom"...

So that's the kind of radical stuff God's been doing for my heart lately.

And this [was] Wedding Wednesday.

Linked up with Into the Word Wednesday.