A while back I was doing a series on Hearing from God which I never finished. I don't remember why, but I did write a partial draft of the next one in the series. {By the way here are parts one, two, three, four, and five.  Earlier in this series I talked about who can hear from God (everyone), and common ways He communicates with us: through nature, the Bible, dreams, our experiences (both long and short term), our spiritual eyes, and internal prompting.}

I sat down today thinking I should maybe link-up with Faith Filled Fridays today, but what should I write? Truth is, I don't feel faith filled... though I don't feel empty either. Just... bleh. And I remembered earlier in the week I had seen this draft for "Hearing from God Part 6." So I went to check it out and found the subject of it, basically, was hearing from God when you're not hearing from God.

You're doing all the "right things" but you feel spiritually bleh.

Or you're trying and trying, but the "right things" fight getting done. 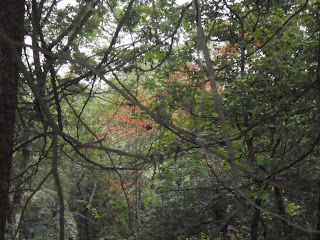 And your heart hasn't changed, so far as you know, but somehow you keep slipping into sin. And you tell yourself it's because you did X wrong or didn't do X or if only you would X... and you do or don't do those things and it doesn't help.

Sometimes God is quiet or calm when we long to hear Him because He wants us to rest in who He is... He wants to see if we have faith that He is who He says He is...

Do you trust God?

Sometimes I lack trust. I admit it. Not because it's a good or excusable thing, but out of the spirit of being transparent with you so that you can see what He is doing in me, since it's not about me anyway.

The part above is what was in the draft. And I kind of feel like I wrote it for me.

Like maybe God had me right that then for me now. 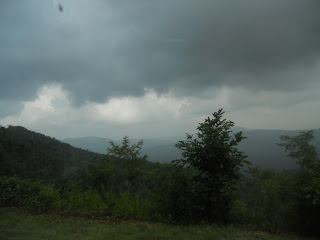 Truth is, when you're not feeling like you can hear God's guidance, persist.

Go to church. Read the Bible even when you don't "feel" like it. Do your duty, your work. Trust that if God has put you in a situation, He will help you out. And trust that God is sovereign, so if you didn't sin your way into the situation, you're there because He's got a reason for it.

A lot of people seem to think if you stop "feeling" God, it's time to change course. They'll leave a church because the sermons don't stimulate them, or will pray a couple times about something and when He does't fix it they decide prayer won't work.

Now, I'm not saying that everytime God seems distant you should just keep doing what you're doing. You should see if there is a reason for it. Like one pair of friends of mine. They had fasted and God had told them to do a specific something. They ended the fast and went on with their lives and a few weeks past and nothing seemed right. They didn't feel God. And they wondered why, and  then they remembered what He had told them to do when fasting. Somehow it had slipped their mind. So they course corrected, and obeying Him, regained intimacy. 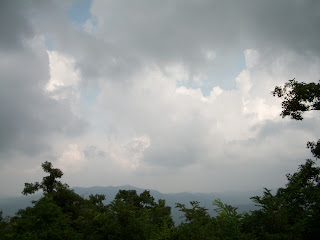 So sometimes distance is real, due to disobedience. But the key part of their story for our purposes is that they examined and identified disobedience. But sometimes you're like "what did I do wrong?" The Holy Spirit isn't illuminating a sin or wrong turn. And maybe you're even feeling like this when you're doing what you thought God wanted you to do.

Sometimes God is quiet because you're doing everything right, and He's seeking to see if you trust Him enough to persist without His constant reminder. The Bible says, "I will never leave you; I will never abandon you."  But do you live like you believe it, even when you don't feel it?

Sometimes it also means God's fighting on your behalf. He's not holding your hand, He'd keeping an attack from taking you down.

So if you're not "getting anything" out of a sermon or Bible study or a location or job or anything, ask God before you abandon it. A faith where the believer is changing like quick silver, running about spiritually panicked until God reaches down and grabs his child and says "Stop!" is not ideal. If God guided you into a situation, trust God to guide you out of it.

An example from my own life was joining Sunday School at church. I kind of was just lead to a classroom and when it begun I found myself pretty miserable. I couldn't stand the book we were using, and some of the topics were *almost* heretical. I told myself the next week I was definitely not going back.

But God told me to go back. And I was miserable, but I asked to leave and God said no. 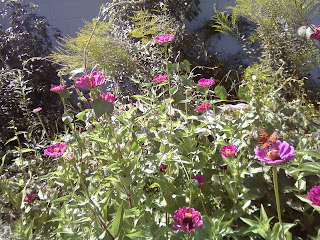 In time I developed relationships with the people in the class. And I spoke up against the stuff I disagreed with, and even voiced my concerns against the book. And guess what? I wasn't alone. And now I love my Sunday school class and have even learned some stuff.

Sometimes in our spiritual bleh, we're just exactly where we're supposed to be.

And a lot of times our spiritual winters are when we rely on the strength we gained in our summers. This is the time to reflect on His past faithfulness, not on current barrenness. Let the past point you towards your future hope, the green returning in the spring.