More Than This Monday 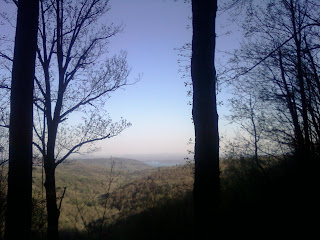 Earlier I was commenting on a blog post when WHACK. It hit me.

I wasn't being as authentic as I thought.

"Authenticity" has been a big buzzword around this blog and my life. God has called me to it.

Overall, I'm a pretty open person so this isn't so hard. Actually a lot of time I have to put more effort into preserving privacy because I can forget some people aren't as open as me.

But then I read a post which brought home the fact that I've been holding back. And this isn't comfortable.

I actually got a ton of new followers this weekend, so welcome, and let me tell you something: I am moving to India. Hopefully in a month and a half.

Thing is, I've never been out of the USA before. And I'm moving to India to get married to a man I've never met in person before.

But honestly, I am not at all afraid we won't like each other. Not at all. I am 100% sure about him. Why? Read our love story. 100% sure. Now I get nervous he'll not like my mannerisms and quirks. I've warned him I'm a slob, but wonder if he really believes it. And I totally expect it to be awkward. You weren't there the first tine we talked on webcam. It was RIDICULOUS. I was giggling like I was deranged, kept hiding my face with my hands and hair and I think a napkin? And I fled the room twice, giggling the whole time, because I was so nervous and self conscious. And you know what? Ryan loves me anyway. So yeah, it will probably be awkward, but we can totally get through awkward. We've done it before.

Nor am I worried about not having chemistry. Ryan and I are more concerned about too much chemistry. We want to honor the Lord, and after 2 years of aching for each other from 8,000 miles apart we're nervous about self control when we're an arm's length apart. Which may be TMI, but hey we'd love it if you'd like to pray. 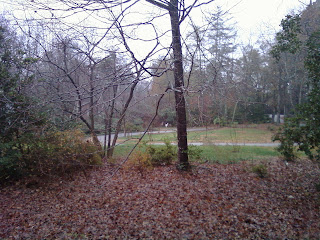 No, I'm not worried about Ryan at all.

It's more the India part.

Now, I again am 100% sure this is God's path for me. No doubts. I mainly am over the moon excited.

This is the authenticity part. See, my family is not supportive. And my friends are only sort of. And what WHACKed me earlier was I'm not being authentic with people because I feel like if they know I'm scared they will pounce.

Which probably isn't fair to my loved ones, but then again... I've given them opportunity after opportunity to share in my joy, but I'm met with lackluster platitudes, grunts, demands, and even earnest "don't go"s.

Now, if I felt they were acting out of anything other than fear, I'd take them more seriously. And if they'd given any indication they'd taken this to the Lord, I'd be far more patient. But the Truth is, I'm going because God is sending me. God has not given me a spirit of fear but of power, love, and self-discipline. I can't act in fear and in Christ together. The only place for fear is in the Lord. Which not only means the fear of the Lord (the beginning of all wisdom) but also that when I am afraid I can lay the burden of those fears on Him.

Then I can express those fears to others, but override them with the Truth. That way I am being authentic with God and man, and not living in fear but in Christ.

But when I hide those fears, I am lying. And in Truth, I've been acting in fear of my loved ones. Which seems wrong on so many levels. But I have been craving their support so much, I've been afraid to be authentic. Right now I've been smiling and telling them I have no doubts (which is true) because the confidence creates a waxy surface their doubts and fears can (supposedly) roll off of... but it's not really rolling off my back. My loved one's unsupportiveness makes me feel like I'm chewing rocks. They seem as cruel enemies to me, though I know that is a lie. And it doesn't help that when I try to talk to other friends about they say stuff like "well, can't you see why they're feeling that way?" or even "well, I have reservations too." It makes me feel so alone! 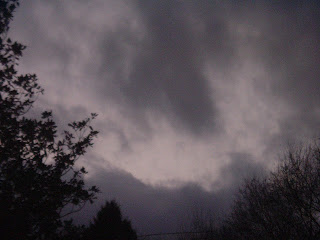 Yes, I understand their fear! And I am, and always have been nothing but empathetic at the sorrow of our parting. But if I was in their shoes, I would take that fear to the Lord. And I know, I know they would find comfort there. I know He is the One who sends me, and He longs to walk them through this too. And then they could lay the burden of their anxieties down on the One who is strong enough to bear it, instead of on me.

Because I ache for their support. I want to feel I can express my own nervousness and fears without them either exploiting them in a vain but painful attempt to get me to change my mind, or without my concerns multiplying their own and torturing them. I do love them.

Which is why I want to cherish our time together before I go... not feel like I'm always bracing myself against them. It hurts. I do love them.

But Christ is enough. And Ryan is waiting (though he starts up with his own anxieties sometimes, till it makes me dizzy.) And India is waiting.

Friends, I am so excited! A thrill goes through me and I can't wait...

Then nerves answer, and I feel the anxiety. Mainly it's fear of change. A little fear of like being targeted by criminals because I'm American. A little fear I won't find friends. A healthy dose of fear my in-laws will hate me. Some fear I'll be a crappy wife.

But mainly joy. And excitement. And eager anticipation.

Now it's your turn. What deep stuff do you have to share with us today?