Day 2: Describe 3 legitimate fears you have and describe how they became fears.

I hate admitting I have fears. A few years ago I felt like I was in a great enough place in the Lord I didn't have any... I really think that may have been true, briefly.

But now I know I'm actually quite frightened. And the culture shock is bringing it to the surface, though it was already surfacing even before the move. I hate what a timid little coward I can be, because I know that's not really me. I used to be so brave! Now I'm anxious, anxious, anxious.. and have been for a while.

Well, some fears have always been there. But meditating on this I came up with three. And they are dozies and you're going to know me better after reading this:

I have a fear of authority. 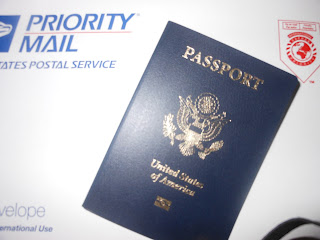 This is not the same as a disregard or disrespect for authority, it's actually the opposite. I have a fear that if I am not perfect in relation to my superiors, if they find something to criticize about me, it's like the world opens up and swallows me whole.

This fear manifests in several ways.

One is the fear of paperwork I've talked about before. When you submit paperwork, it's always because the person you're processing paperwork with has authority over you, whether it be a government (like with passports and visas), jobs (with time cards and requests for leave, etc), professors, financial institutions, parents... etc.

Another is it makes me resentful. Because I dislike being afraid (who doesn't?) I often find myself resenting authority, instead of giving caring respect like a good Christian should. This resentment also increases my fear, because if they know they're resented, that will displease them, which I'm afraid of... it's a vicious cycle. And honestly, when Ryan talks about biblical household leadership, I find myself white knuckling not because I want to be in charge necessarily, but because I don't want the poison I feel in other authoritative relationships to enter ours... and it makes me snappy and whiny.

I know, at least in part, where this comes from. I had no real peer group friends as a child, so I was friends with my teachers. They were the only good part of school, and I was a little good toe shoes. I was terrified of getting in trouble because I might lose the approval of the only socially redeeming quality in school, where I was terrorized and bullied by my classmates. Even though my teacher's fondness probably was still there even when they had to discipline me, I didn't feel it and I grew extremely terrified of losing their approval.

I have a fear of failure. 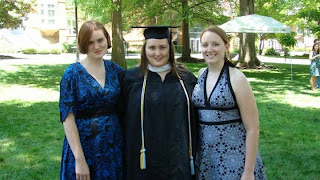 This goes hand in hand with the other fear. I fear disapproval, so I fear failure because only people who hate you approve of failure. And from that, I've grown even more fearful. This was exasperated with all the unemployment I've faced in my life. It comes with a lie of worthlessness. And that can fill me with an anxiousness to the point where it's crippling. And I am so anxious, I fail at something and part of me says "See? You never succeed... and if you do, it's not for long."

This doesn't apply to relationships, actually. But it applies to the rest of my life, from hobbies to jobs to whatever.

I have a fear of conditional love. 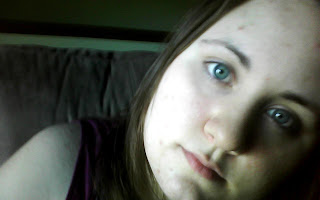 Again, I think it's related to the first one. When my only friends were teachers who, in order to be responsible, had to treat me differently based on my behavior/performance, I got an idea that if I do poorly, people won't love me as much.... And since my peers hated me, not being loved by people is not an alien experience to me.

That being said, I was also shown unconditional love at home, I do believe in it. I never have doubted unconditional love. But in friendships and romantic relationships, there's always a period of "do you really love me?" I am scared to death that when people see the "real me" they will dislike me and reject me after I've already come to love them. So I have in the past, and am susceptible to doing in the present, shown the worst aspects of myself in a "here, let me lay it all on the table and if you're getting out get out now" way when I first meet people.

That comes from the fact that indeed, I have been rejected when I revealed my worst to people in the past, so I want to test the relationship from the beginning. And if I don't, I live in fear for months that the only reason that person likes me is they don't really know me.\

I know those tendencies are unhealthy, and I fight against them, but I tend to slip into them if I'm not like on pins and needles...


So those are probably the big three (And yes, I've asked God to help me with all three.) And you probably know me a lot better now...

Which kind of makes me want to run and hide.
Posted by Pamela M M Berkeley at 7:37 PM

Email ThisBlogThis!Share to TwitterShare to FacebookShare to Pinterest
Labels: fear