How I Blog, Basically (And A Proposed Change)

You may have noticed I've been blogging more the last couple days. I think I got inspired by my friend Hannah, who finally began blogging regularly after a long (and justified) blogging drought. She's blogged so much that she has already published 34 posts in January... and it's only January 24th! And you know what? As a reader, I've been loving it. 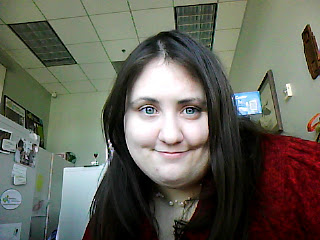 And I'm coming out of my own (justified) blogging drought. I'm actually very methodical about how I blog. I've shared some of this before, but I'll share it more now. And actually, this will be good for me, because for the most part it's been in my head:

I try to do the following weekly (mainly alliteration based, I know I have a problem) posts:
More than This Monday
Wedding Wednesday/Into the Word Wednesday/Yarn Along (Wednesdays are congested  so I usually only do one to two of these, depending on what I've done that week.)
Thankful Thursdays (if I don't do any other post, I tend to do this one because it's not that hard and I think thanking God is extremely important and sets the tone of my blog)
Faith Filled Fridays
Scripture Sundays (okay, I've done this like once, but I love the idea)

I never do them all, but I try.

I try to blog every day, but it's okay to skip one or two days per week, as long as I'm not doing that every week. It is also okay to blog twice a day, but I try not to do that more than twice a week because I had a theory that people get sick of you over blogging... but now with me being delighted at how much Hannah is blogging I'm rethinking this.... Oh, and I aim for 25 posts a month. You can look at last year to see some months I undershot this (lowest is November with 9... which is the month I moved to India) and some months I exceeded this (highest is October with 30) and on average... 22.5 posts. So close to my goal, but not completely on target.

By this I mean I have a great idea for a post and I'm actually at the computer (very rare, as most bloggers will tell you. Great ideas for posts usually happen in the shower, when you're out and about and busy, or just as you're falling asleep...) but I tell myself, "That's a great idea, and you should write it... but today is Monday and you have to write a More than this Monday post. Write that post after this one." And I have a tendency to do that... only after I'm done with the post, I have lost the inspiration or someone calls me away from the computer or something.

And I used to schedule posts (ie write three posts on Saturday, and set them to be published on Monday, Tuesday, and Thursday or something) but I think I've scheduled posts like once since I got to India. I'm not sure why.

And plus when I schedule posts people don't usually read them because very rare is the reader that actually checks the blogs daily (thankful for those who do!) but instead wait for me to post it on facebook or google plus or twitter or something and if I'm scheduling a post, it publishes when I'm away from the computer, and so people don't really see that post.

And I know there are ways to like hook them up to stuff that promotes it for you in your absence, but I am unfamiliar with them and nervous about the idea of surrendering control and perhaps "spamming" people.

Oh! And moving to India, while I've gained a few readers on this continent, most of my readers are in the US... but I'm like half a day ahead of them. So I find myself publishing Wednesday posts on Tuesday... or waiting for "Wednesday mornings" in the US and then forgetting and publishing them on Wednesday night in the US and Thursday morning in India or something...

So I've decided I'm just going to publish when I think of it. And publish often, like Hannah has been doing. And thus this strange post. Because I am thinking through this stuff and I thought, "Why not type it up and share it? You've got time and the computer access right now" (which is rare.) So that's what I'm doing.

Email ThisBlogThis!Share to TwitterShare to FacebookShare to Pinterest
Labels: blogging