Racism is prevalent. Only instead of it being blacks or whites, it's tribal/caste/socio-economic. The biggest group I hear slurred is the Haryanvis (I'm sorry if I've spelled that wrong) who are the original people in this area. See, this city I'm living in was only the size of Spartanburg (about 25,000) fifteen to twenty years ago...

Now it's about 3 million.

So those original inhabitants are kind of resentful of everyone else's invasion. It reminds me of the Native Americans. And, sadly, they are distrusted by a lot of the new inhabitants. I have been told they will stab you if you look them in the eye, pull a gun on you without thinking about it, are rude, dirty, etc. etc....

And this story, from a blogger who used to live here that I found online, is infuriating and just makes me mad... but also not that unbelievable. It reminds me of "The Help".

And as for servants in Ryan's parent's house (we don't have any here) I remember we'd give them something to eat or drink.. but they wouldn't sit with us. I asked Ryan why not ask them to sit at the table with us and he said, "It'd embarass them, they'd think they were implying they were as good as us." 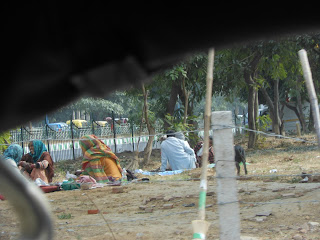 Then there are the village dwellers. Apparently village is an urban Indian euphenism for slum. Which took me over 6 months to figure out. We are actually living next to a "village" now, and I can see it from our balcony and suddenly a lightbulb went off and I turned to Ryan and said "Does the way you use village mean slum?"

Ahhhh. Light bulb moment. I remember having so many conversations involving villages or villagers that really confused me. To me, a village is a tiny, rural town where people are close knit and do things in a basic, non technologically advanced way.  Probably thatched roofs and all... but peaceful. Admirable in its own way.

So when at first villagers would come up, I thought that since this area had been pretty much invaded, there had been peaceful little villages that the city grew around...

Then when they were calling people villagers in like broad, sweeping terms, I thought maybe they're referring to people who just moved to the city from the village to improve their lives, but are still struggling. You know, like how immigrants in large US cities often struggle financially and culturally to adjust, but form little pockets of their own culture to cope, and generally within a generation or two have adjusted.

But none of this quite seemed to fit. And like one of my friends who is not particularly racist said to Ryan with a laugh, "She thinks I'm a villager!" because I'd taken the time to explain something I thought he wouldn't know (because it was an American thing) which apparently he did. 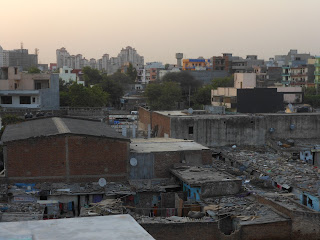 Now that I get that "villager" means "slum dweller" lots of stuff has context and makes more sense.

When I've told friends from home that India is racist, they ask if I'm discriminated against because
I'm white... not really. But maybe. Basically it's assumed I'm rich. Which I'm not. At all. I have no income of my own, and Ryan works an entry level position (at a top notch company, so his income does make us 'middle class'... barely.) We don't have any servants. We don't own a car, nor will we be able to afford one any time soon. Yet, due to the assumption that all white people are rich I will get sales people flocking to me as soon as I enter a store, have had cashiers usher me into shorter lines, and some other preferential treatment like that which makes me uncomfortable (plus I'm a "please leave me be unless I tell you that I need you, sales person" type of shopper so that's just annoying.) A few weeks ago I was in a tea aisle and FOUR sales people were following me and I said "I'm just looking" and they nodded... and watched.... and whenever my eyes would land on a product they'd gush about its features. Sooooo annoying!

However, it also means I'm more likely to be scammed. Which makes Ryan not want to take me with him when he's going to the kinds of places you can bargain. Because they see me and suddenly something they would charge 40 rupees for is now 80.

But the thing that affects me is the way they treat women. 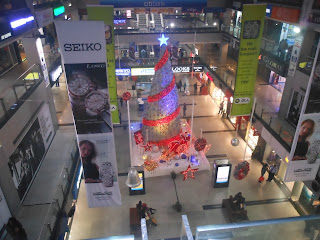 See, it's ironic. India has had a woman prime minister and a lot of Indian women are strong and confident. But it's really an issue with the men.

Women do work here, and do it commonly, and though a housewife is still not an uncommon profession, most women I've met are working. Many of Ryan's bosses has been women. So it's not a work place thing.

But women have no real freedom compared to men. There is an underlying fear in the heart of all men in India that if a woman, especially a young one, is alone, she will get attacked and raped. Consequently, they are suffocatingly over protective and domineering about where you can and cannot go...

I have to say, I've only felt "okay, this isn't a great place for me to be" ONCE since I got to India, and after we left I told Ryan that I wouldn't be going back there because I didn't get a good vibe or like the way some of the men there looked at me.

Another American I've met here, a man married to an Indian woman, says that his wife wishes he 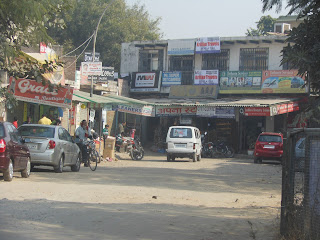 was more overprotective. Which is just bizarre, because I can't stand how overprotective Ryan is to me! And every time I persuade him to give me space, someone (usually his mother, who is a big fan of true crime stories) comes and tells him about some other horror story, and he is like "I know I told you that you could go there... but you can't! I'm sorry, I just can't take it!"

He's a nervous wreck about it, and it is maddening.

I've only gone places, not in walking distance of where we live, by myself twice since I got here. Well, I guess four times, but three times were to the same place this past week.  Before that, once in April. The first four and a half months I was here, I never went anywhere without someone else with me, except walking in the neighborhood...

And one time when I was in the neighborhood, I went to the park to paint, and his parents thought I was just going to the store and they were frantic I'd been kidnapped, raped, something, and tore through the neighborhood in the car looking for me, hysterical when they found me... and I was just like laughing because I'd told them I was going to paint (they thought I was going to BUY paints) and I didn't know why they were acting so weird. 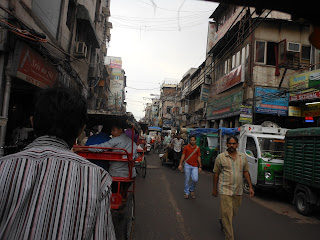 But in addition to that, it's like "some places women just don't go". Like actually, apparently it's odd that I go grocery shopping alone. In India, that's the husband's job, and the wife may accompany him, but she doesn't go by herself usually.

And apparently I should NOT go to a hardware store. At all. When we had to get stuff, Ryan went in and I had to stand outside... with him holding stuff up and saying "What about this one?" Because Ryan knows zilch about hardware things, and I've even built a table before. Yep, that's right. (That one just pisses me off.)

It's not that there's a sign saying "no women". Ryan just thinks the men hanging around the hardware store might think that if I entered I was getting above myself and would need to be "taught a lesson." (Not that Ryan feels that way at all, but he's terrified of the evil lurking in other men's mind... as are all the decent men in India. So the evil ones get to have things their ways, and the good men imprison their women with fear.)

Did you know in another part of India just this month a law was passed banning lingerie mannequins. Yes, that's right. Now I don't really care if plastic women get to wear bras or not, but the reasoning makes me furious. They were banned because they could "incite men to rape."

See, apparently in India the idea is that if a man is turned on, he might rape a woman. 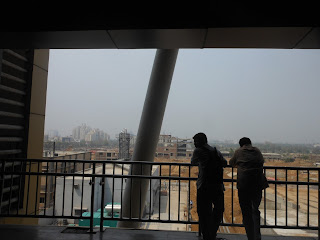 This is degrading to men, the idea that they have no self control and are that much a slave to their base desires. This is imprisoning to women, because the burden is always on them to never be too alluring or too provocative or go somewhere women "just shouldn't go." At the same time of course, they have to be strong, confident, and beautiful.

Also, the house cleaning standards are too high. Women JUDGE each other based on teeny tiny things here. Now most middle class and up families can afford a servant... we can't. And below that, they've had training to take care of their homes since infancy pretty much... I haven't. 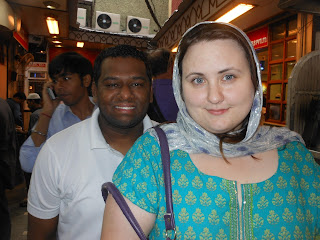 So I'm constantly getting flack about how "poorly" I keep house... but when I talk to my American friends, they are shocked and sometimes even outraged at what kind of nit picky stuff people are concerned about. I mean, how often do you mop? My mother-in-law's house is mopped daily. And when was the last time you cleaned behind the refrigerator? Well we swept it out before we put the fridge in the spot three weeks ago.. but Ryan was mad I hadn't pulled it out and cleaned behind it since.

I'm kind of losing my mind on that one.

And nothing is more 1950s America than "Shh... your lives are perfect and your family is perfect" because your neighbors are spying on you through the blinds wondering what your life is like, right?

Yeah, that's India to a tee. People gossip here. Like bad. And causing a scene so that others can see it is like the cardinal sin. How dare you have emotions in public! (And PDA is of course just wrong.)

It's been a weird, trippy time warp, that's for sure. But I tell myself India only got its independence in 1947... and the 1950s were only one generation away in America (my parents were born then) so probably when my grandkids are being born, India won't be like this anymore.

(not that I hate India in general. But the racism and sexism? Go away!)
Posted by Pamela M M Berkeley at 3:44 PM