Okay this is a little unusual. I was browsing some blogs and I saw a question like this one on a blogger's post from like a week ago and I was like, that's interesting question and was pondering it, but with no intention to blog on it.

THEN I saw this question on Caravan Sonnet:

What is something you strongly believe in but maybe don't speak up about often? Why do you believe this and what causes you to keep quiet about it?

She was participating in a link-up... which I can't find. My guess is that she probably published an
hour or two before the people she linked up to, but I decided whether the link-up exists or not I want to blog about this right now. It's a good More than this Monday, and I'll check in a bit to see if the link-up magically appears, and if it does I'll join it.

The truth is there is a lot that I strongly believe in but don't really blog about. The reason, for pretty much everything I can think of, is controversy. I'm not saying I'm totally trying to avoid controversal subjects. And indeed, many bloggers get HUGE followers because they never shy away from them. But I'm not that kind of blogger. (If you're wondering what kind of blogger I am, I consider my overall niche to be Christian Lifestyle, secondarily Expat/International. But I'm loosely niched, and flex my wings a lot.) 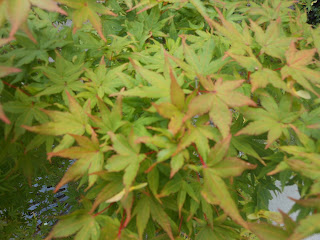 However, my first call in blogging is always to blog with love. And one thing I've noticed about blogging or other similar venues of public opinion sharing is that when you take a strong stance on something controversial you often shut down avenues of love towards those who disagree with you...

By this I mean that the other person gets a "how dare they" mode and doesn't usually allow time to respond, clarify, or soften. They simply write that person off as another one of those "those" and cease to listen.

It is different in person. I will talk about most anything in person, as I have time to respond, clarify, and mostly to understand the other person. When you blog, you have a general idea who your audience is, but you don't really know them. Oh, you might know some individuals and it's great to get to know them. But you don't know every single person who comes across your blog. You don't know where they are coming from (and I don't mean how they found your blog!)

It is ridiculously hard to write to both sets of people on the extremes of a controversial issue in love. If you agree with something and are too harsh, you alienate those who disagree with them thinking you must hate them. If you are too soft, you alienate those you actually agree with making them think you are wishy-washy "on the fence" and other nonsense. It is hard to write to both the hurting and the healthy, to the star-eyed and the cynic, to the novice and the veteran. Indeed, it's such a difficult thing to write something that can be out there that I just try to avoid it unless the Lord tells me to do otherwise.

This does not mean I shy away from these things in person though. I have had many amazing (and not so amazing) conversations about controversial things with people when we're on an even playing field.

But on a blog post how can I tell someone that I love them while I also tell them that they are wrong? How can I talk of my past on a blog that I've had for nearly five years now without it lingering in cyberspace to haunt me in the future? How can I show my heart to people?

As I write, I think I may understand why I saw this question twice today. Maybe it's time to blog about more controversial things.

What topics am I talking about? That's the thing... to announce them without just having a post about them doesn't make much sense.

This will require prayer.

Email ThisBlogThis!Share to TwitterShare to FacebookShare to Pinterest
Labels: blogging, Love, More Than This Monday