Imagine You Had a Sleeping Disorder

Imagine you're scared to go to sleep. 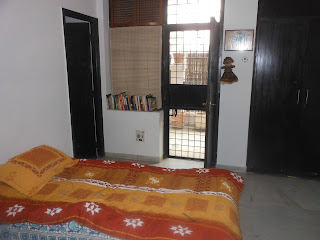 Imagine every time you drift off you know there's a chance that you might not wake up in time to go to work, school, or that meeting or appointment that you have....

Imagine every time you make a commitment, there is a thrill of dread deep in your heart that says, "I hope I don't let them down. I hope I don't sleep through it"... even if the commitment is for something in the afternoon or evening.

Imagine you pray and pep talk yourself about not missing that thing or another at 9 am the next morning... only to wake up at 10 or 11 or 12 or 1 or later... Imagine curling up in the fetal position and sobbing your heart out and wondering why, why, why?

Imagine seeing the look, over and over again, on the faces of people you care about. The look that says:


She's such a flake.
She just doesn't care.
She's lying.

Imagine your heart crying out in protest.

Imagine it happens so often you wonder if they're right.

Imagine this being your life. Imagine feeling like your body, not you, controls you.

Imagine having even those closest to you, those who have seen you struggle and try, just yell at you sometimes, "Why don't you just sleep! Why can't you just be normal?!"

Imagine staying up all night, several times a month, in order to do something the next morning, sleep deprived but present. Imagine knowing it's better to take a college exam without having slept for 36 hours than to not take it at all... knowing those are your two options?

Imagine feeling fine one day, and totally drained and exhausted the next, and unsure why.

Imagine snarling at your family when they try to wake you, even though you know you don't want to, but you just simply can't make yourself get up. Imagine trying to apologize later, simply to get the cold shoulder.

Imagine waking up to pounding on your door because your alarm clock has been going off, loud and noisily for four hours or so, and you never heard it... but your neighbors did!

Imagine staring at the ceiling in a dark room, lying in your bed, for two or three hours without getting close to sleep. Imagine finally getting up and doing something, only to have people say "Well if you hadn't done that, you would have slept!"

Imagine typing "why I can't sleep", "nocturnal people", "sleeping disorders" and everything imaginable into google but not really finding answers.

Imagine being written off as unreliable. Imagine feeling like a complete failure.

Imagine being scared of taking certain jobs or considering going back to school because you know that you just can't control your sleep.

Imagine you have tried everything you know of... imagine nothing has worked.

Imagine praying and crying out to God to let you know the answer. Imagine the ache, the overwhelming ache, to just have an answer.

Imagine one day, quite by chance, you start reading about something called Non-24 hour sleep-wake disorder.

Imagine the tears in your eyes when you realize you've found it.

YOU HAVE FOUND IT.

Imagine the sensation of relief and disbelief as you read acknowledgement that you have a disability. That everything you've experienced is common to those who have non-24 hour sleep-wake disorder (N24). Imagine finding out it's extraordinarily rare.... but real. Imagine reading that other people have felt the crippling sense of powerlessness and failure on a daily basis. Imagine reading that there could be treatment. Imagine reading that even if the treatment doesn't work that is is a real disability that legally can ask for accommodation.

Imagine this easing your heart and rocking your mind.

Imagine thanking God for an answer. Imagine wondering when you can afford to get to the neurologist to get that official diagnosis you've been waiting for all your life.

Imagine the excitement of getting to share this with other people.

Imagine realizing not everyone is as excited as you.

Imagine connecting with other people with N24 in support groups and realizing how people want to spread awareness.

Imagine you have a blog.

I, Pamela, have Non-24 hour sleep-wake disorder. It's a crippling neurological sleep disorder that I've had since I was a child that has progressively been getting worse. I am not a flake. I am not lazy. I am not trying to skip commitments. I am eaten up inside by guilt for something I can't control. I feel like a failure most of the time.

And I am so relieved to have an answer.