The Honeymoon: Part One

You asked, my dear readers, and so you are receiving...

After we finally got married on a guy's front lawn without knowing it, we were dropped off at the apartment for just two hours alone (while our witnesses went to work) before the cab came.

We loaded up our suitcases and got in the cab which drove us to Delhi to meet our bus. 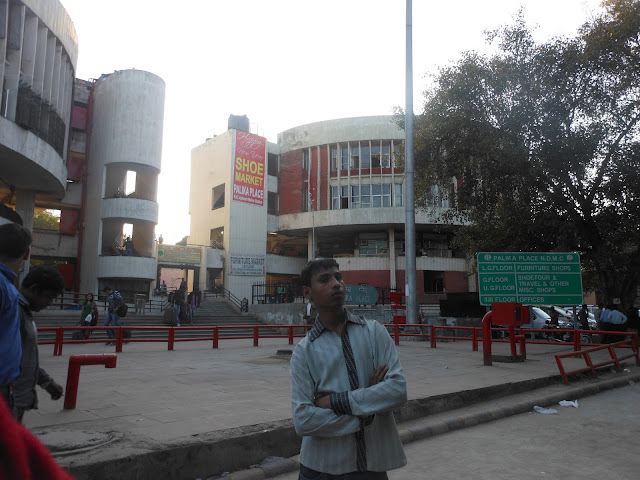 I don't really remember what we talked about on the ride, but I remember being still smacked with the knowledge that it was true, we were married. I had been afraid, you might recall, that we might not have been able to be married today. I was also sad that we'd be spending our wedding night on a bus, which of course had not been the original plan.

I do remember we exchanged a few texts and calls with people, letting them know we were on our way. I told Ryan that was that, and we'd not communicate with anyone any further on the honeymoon. He looked like I was weird, and told me that he'd have to let his mom know he was okay and that he arrived and such. I sighed and explained that in America, everyone who isn't totally a rude and uncaring person knows to leave a honeymoon couple alone.

He agreed he'd call his mom once we were on the bus, since he'd already promised that, but after that he'd just limit it to a text saying we were alive each day. Otherwise she'd worry too much. (Remember she'd had a heart attack just a month before.)

We got to the bus stop, which was really the curb outside a metro station, all eager and excited. We were heading off to Manali, a popular honeymoon destination in India located in the Himalayas. I wasn't too sure how a bus ride to a honeymoon would be, I was busy comparing it to my bus adventures in America. It seemed a rather unromantic way to travel, and it would take us overnight, a twelve or thirteen hour trip.

We had to wait a bit, and we noticed other couples with suitcases waiting too. We struck up a conversation with a couple who told us they were also on their honeymoon and on their way to Manali.

The bus arrived and we got on, and I was pleasantly surprised. It was comparable to business class in an airplane. Nice amount of leg room, nearly fully reclining seat. It was a Volvo sleeping bus, designed for comfort. I got on while Ryan took our luggage to be boarded. I remember feeling that jittery excitement you get when you're beginning an adventure.

Finally Ryan came and joined me and then after a little bit longer, we were underway! 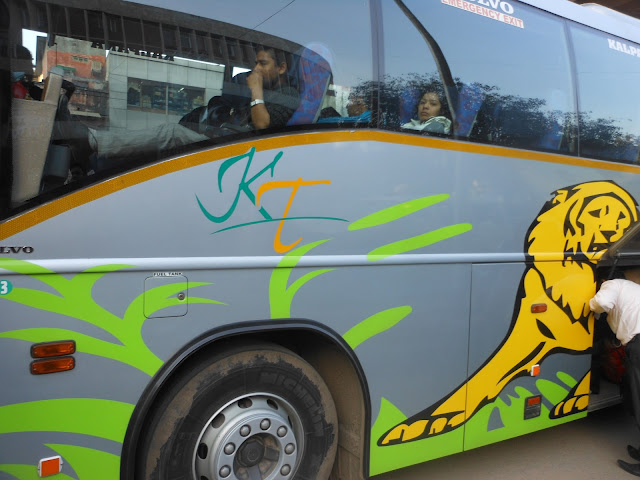 I was very impressed. We not only had blankets provided, but they came around and gave us each bottled water. We spent probably the first hour or so just companionably chatting... looking around almost everyone seemed to be couples. However, across from me were sitting a strange expat. He had obviously been in India a very long time. He had dread locks in his caucasian hair and was wearing the trappings of a Hindu monk. His skin was nut brown, but his light eyes and hair.. plus his thick American accent when he snapped at the bus employees as he found his seat... betrayed he was not an Indian.


As twilight started, I think, they put on a movie. Unfortunately, it was in Hindi so I couldn't understand it. I was still trying to watch it and kind of hoped Ryan would translate anything I needed to know, but he grumbled about the movie being on at all and tried to sleep. Ryan really doesn't like Hindi movies, I haven't seen him watch a single one since I have arrived here. I admit, the overacting is fairly funny. It reminds me of what you see in old silent films, only of course there's nothing silent about it. Still, it is a genre of it's own and they are acting appropriately within it.

I enjoyed watching the scenery outside while I could see. Ryan had given me the window seat. We reside in Delhi NCR, which is the area around Delhi. We live in Gurgaon, to the south. As we were heading to the mountains, the bus was heading north. It was hours before we left the city though, or at least the surrounding urban areas. Very few parts of Delhi NCR have the "giant city" feel of NYC or other large American cities, so it's easy to forget how huge of a city it really is! But according to a quick google look up, Delhi has a population of 16.75 million in 573 square miles of land! This does not include Gurgaon's 3 million people.

But eventually we did leave it behind. Ryan and I enjoyed looking at the country side as we could, though by the time we got there, it was dark and without city lights it was hard to see much.

After a while, I could see bright lights in the distance, and we thought it might be Chandigarh, the capital city of our state... but Ryan pulled out google maps and it wasn't, it was a smaller city. Sadly, the route we took didn't go through Chandigarh. Chandigarh is Ryan's favorite city in India, and he's talked about relocating there someday if he is blessed enough to find a job there, so I was looking forward to seeing it.

We stopped for dinner at roadside place. I forget what it's called, and as I write this Ryan is asleep so I can't ask him. Not the name of the place, if it even had a name, but the kind of roadside stop it was... Ryan and I went and sat down and got some food. I forget what now. An American family was behind us, the mother looking like she might be Indian, or half Indian, but still obviously American. It had the feel of maybe a "explore our heritage" vacation. Their teenage girl was complaining throughout the dinner, which just amused Ryan and I for some reason.

We loaded back up. I was still too jazzed to sleep, but Ryan dozed off... it was a few hours later that the bad part of the trip started. I did get maybe twenty minutes of sleep before it started. We were now climbing in elevation. Though I couldn't really see anything out the window, we were obviously weaving on winding mountain roads. I started getting very queasy. 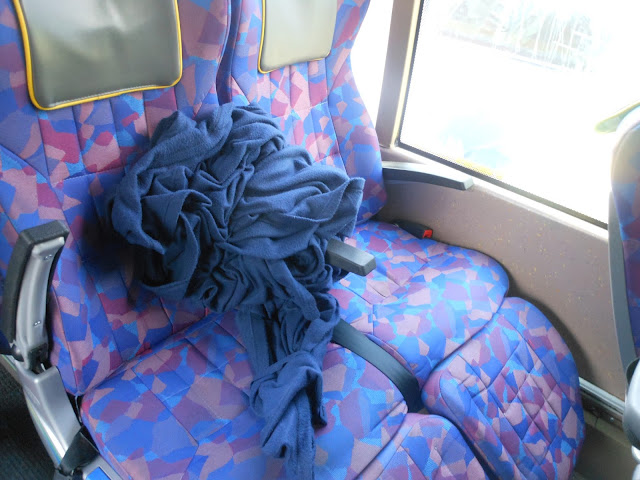 I wasn't the only one. Around me, people started vomiting. Ryan wasn't motion sick at all, but he saw that I was and was very attentive. I sat forward, constantly putting my hand on the window to get condensation, then rubbing the back of my neck and forehead. Heat always makes me more susceptible to nausea, and it being February, they had heat blowing in the bus. I had to sit forward at a certain angle, look straight ahead and concentrate not to be sick. I communicated in staccato to Ryan that I wasn't capable of speaking and certainly not to turning my head or I would throw up.

Blessedly, we stopped. I had been praying for an hour that we would. It was just a quick twenty minute break, and most people were too asleep or queasy to take advantage of it, but I got out and went to the bathroom (in my first squattie potty! Not at all romantic!) and took advantage of solid ground and the cold, blasting air. And it had gotten tens of degrees colder!

I got back on the bus and it wasn't more than a few minutes that the queasiness returned. But slowly the sun began to come up too, allowing at least my mind to get some positive stimulation. Now, I could only see what was directly ahead of the bus, since if I turned I'd lose my control, so I missed out on some sights, but what I saw was rather lovely. We were leaving the "hills" and entering the mountains. I say hills in quotes because Himalayan hills are probably like the Appalachian mountains back home. However, the real mountains here have snow caps, and the hills do not.

As we entered Manali, the roads straightened a bit and the bus slowed in speed and I was able to breathe and peer around a bit. Ryan and I were getting really excited. Everyone was looking out the windows now. Just before we entered Manali itself, the strange expat monk, barely wearing any clothes, got out into the snowy ground.

There are tons of hotels in Manali, and I was trying to spy if I could see ours on the way into town. Ryan looked too, but less interestingly. We were supposed to have a cab meeting us at the bus stop.

The bus stop was not very picturesque. It was nothing but a big lot coated in thick mud. As we got out, we were swarmed with taxi and auto-rickshaw drivers trying to get us to let them take us to our destination. However, our package included this so Ryan set about trying to locate our driver after we wrangled our suitcases through the mud to the side of the bus parking area.

Finally we found him and he helped us load our suitcases in and we headed off to our hotel. The real honeymoon was about to begin!
Posted by Pamela M M Berkeley at 4:00 PM