Apparently I've written 5 partial drafts of blog posts that are yet unpublished in the past 10 days. And you know, I actually want to finish them and post them!

Yet I also don't want to keep you waiting and waiting for a new post, and I'm just not in the right place to sit down to polish one of them off. But I do want you to realize that I have not forgotten this blog in the slightest, I'm just having a hard time focusing enough to finish what I'm starting. Hmm. Let's blame it on pregnancy brain, okay? That sounds good. Haha. 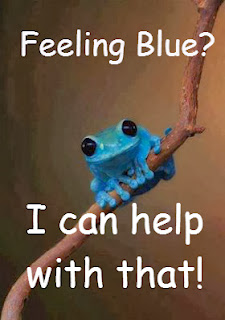 Lydia is coming in less than a week, so that is super exciting.

Apparently my pregnancy symptoms think it's super funny to act as if they're easing up and then whammy me. This morning was the worst as far as "morning sickness" goes... I say it in quotes because I've been blessed in that I've not actually thrown up yet. (Well I threw up during dengue, but that's also a symptom of the dengue, and I didn't know I was pregnant then.) But I've had near non-stop queasiness somedays, and had to run to the toilet *thinking* it'd get worse several times. This morning I spit up a little. But the whole "keep something on your stomach" trick is working for me and keeping it from accelerating. The issue is sometimes when my stomach is empty enough to feel sick the thought of eating something is enough to make me start retching. So the trick is grab something quick and shove it in my mouth *without* giving it much thought. Sigh.

I also dizzy, fatigued, and on and on. And gosh, these pregnancy emotions are overwhelming. Any tiny emotion I feel because magnified to crippling level. At first, Ryan was taking me seriously and getting angry at me and I was really upset about that because I knew the hormones weren't allowing me to be rational and it seemed unfair to hold me to a normal person standards... now Ryan is apt to laugh at me if I start crying and say, "I think your hormones are acting up again." I much prefer this though, as bad as laughing at me sounds. Better to laugh than be angry!

Vex has entered puberty. Luckily Princess has not, as Vex has been chasing her around dry humping her and biting her neck. She thinks it's just a stupid game so far, thank goodness. We're taking Vex to the vet in the morning. We'd like to get him neutered now, but the vet wants to see him first for an office visit, then schedule it. We were going to take him on Tuesday but I was too exhausted and Ryan didn't want to go alone so we re-scheduled. We're praying Princess doesn't enter heat before we get the snipping done. (We just don't have it in the budget to get them both done this month, so Vex first.)

That's probably a good summary of what's been going on. Hope to do the write up on our first appointment at the ob gyn before my second one, which is approaching. I also am going to write about Diwali and have a few more things in the works.