The other day I felt compelled to start writing a post called "What is Sin?" Then about halfway through
I felt like "this isn't done. This is something I should ruminate more on before I publish. There is something here, but it's not ready yet." And so I deleted it. 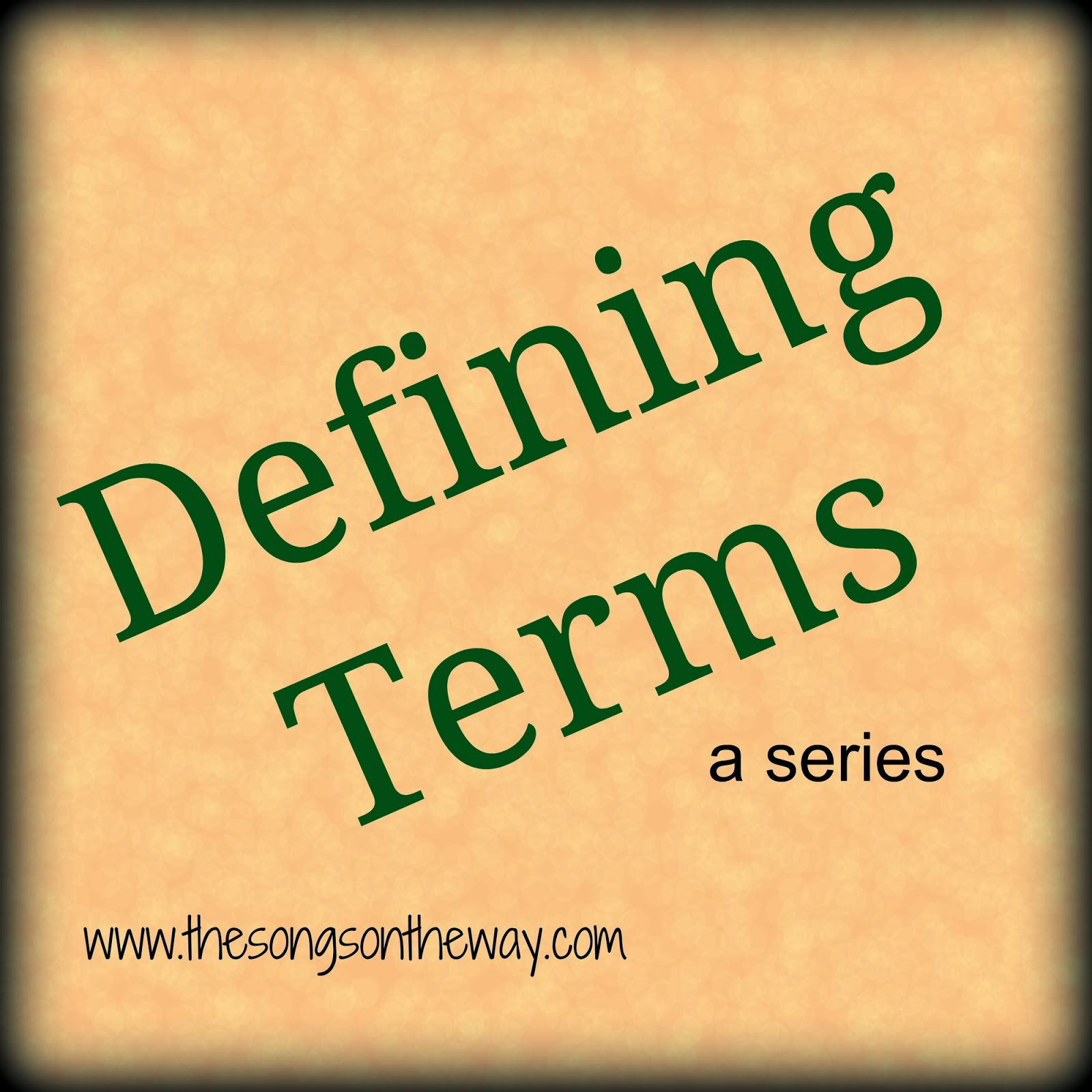 Then today, in a round about way, I was looking at the subject of Christian modesty again. I don't think it's a subject I have ever blogged on before, but I've read many other Christian women's blog posts (and men's as well) on the subject and have had lively and interesting discussions with others about this subject. And as I was reading an article again I felt my heart drop reading some comments and thinking, "Gosh, when will we understand the definition of Biblical modesty?" I wondered if I should blog about this... and then I felt the spark of the connection between that and the sin post I'd discarded last week.

The sin post I was writing was not about like a list of sins or dos or don'ts, it was a reflection on recent conversations and things I'd read that revealed that many people don't really understand what sin is.

That is, for both sin and modesty there is a wordly definition/understanding, and then there is what the Bible means when it uses those term, and there's only a slight overlap. So sometimes when Christians use those terms, they are misunderstood. And often neither side understands there's a difference in definition, so they both argue at each other assuming they understand the other view when in fact there's a chasm of misunderstanding between them.

I realized I want, perhaps need, to do a series on this. Not because I'm some expert. I'm not. What I am is someone who has seriously misunderstood a lot of this stuff in the past! In fact one of the points I was making in my sin posts was I can actually remember when the lightbulb went off and I really understood the depth of how God defines sin and it changed my walk with Him. I think as Christians one way we don't "hide our light under bushels" is just by sharing the illuminations God shared with us, like a mirror reflecting the light that hits our surface out, spreading the light around. In that, I feel like I have a responsibility to share these revelations.

All that being said, I want to say before I start this series that I am not an expert. I won't say everything right. And I am positive I will probably miss some depth. That is, my definition of things might not be complete and all encompassing because I am writing from a limited perspective and understanding. However, my aim is not to limit the application of these definitions to my writing, but instead to expand or even deflect them from the worldly connotations that often even Christians don't realize they're thinking of these terms in. See, what happens is the world often assigns its own definitions to these terms and so non-believers come in not really understanding what you mean, but assuming they do... likewise often even when we're young Christians we learn from the world what these terms mean and so might even hear the teachings in the church in a skewed way, and then we get older spread that skewed message around unknowingly.

So many times you may have two Christians talking, one with a Biblical definition and one without and both assuming that they both have the Biblical understanding. Then when one of them says something that doesn't quite mesh with the other's understanding they assume the other's theology is whack. But instead it's often just the terminology, not the actual theology. I actually think that's 80% of the reason we have so many different denominations that when you fellowship with them are really earnestly in the Spirit. They are truly following God, but when they try to talk to other denominations their definitions for the same concepts are so off the mark they misunderstand each other and each label the other as wrong.

That's really complex stuff though, and I'm not sure I'll get into that in this series. I'm thinking I'll stick to some of the bigger, simpler stuff, such as sin/sinner and modesty. I'm praying over what else to do and I promise I won't publish a post until it's been prayed over and I feel prompting it's time to publish it. In that way I can't tell you if this series will take a few weeks or a few months or even a few years. But I am telling you I am approaching it and think God is calling me to write it!
Posted by Pamela M M Berkeley at 5:57 PM