I've been growing my hair out since my junior year of college. Except dyeing it once subtlety in 2011,
I've not really made any major changes to it since then, though I have trimmed and had it layered a few times to keep it from looking too ratty, giving it a tad bit of shape.

I've been contemplating a change for a while. My hair grows very slowly. Very, very slowly. Consequently I had various short hair cuts for years and this is the only time my hair was long, so I didn't really want to lose the length. I kind of hate myself with short hair. I've tried tons of variations and some were okay, but none of them were me. I love having long hair, but it does mean not getting to do much with it for a long time. Especially since my hair is also very thin, so the vast majority of styles just don't work.

I was seriously considering dyeing since last year, but then Ryan found my first gray hair. When I really thought about it, I realized that in a few years my grays will get predominant enough that I'd probably start dyeing it to cover them anyway. So I have years of playing up different colors ahead, but probably only a few years left where I'll be happy with my natural color, which I do like. I was considering dyeing it out of boredom, not because I dislike my natural color.

So I've been contemplating cutting it, but generally I cut my own hair. Truth is, and I'm sorry to any stylists reading this, I don't really trust stylists. They don't value my hair as much as I do. They don't seem to realize I probably grow two maybe three inches a year. Yes, a year. So when I've gone to get my hair cut and I hate it (which has been the majority of the cuts I've had) it doesn't just "grow back." I mean it will eventually, but I'll be living with the disliked look for a long time. And they always, always, always cut more than I ask them to cut. Now, I know they know way more about cutting hair than me. I get that and I know most women swear by them. But to me if I go to someone and they screw up my hair and then I have to pay them? No. Insult to injury. I'm not saying I'll never try a professional cut again, but I am just untrusting and nervous about the whole idea. Because if I cut my own hair, I may very well mess it up, but I have no one to blame but myself and I lose no money in the process. Plus, because generally I cut, appraise and decide if I like it, and then cut more, I have had far, far better success at cutting my own hair... 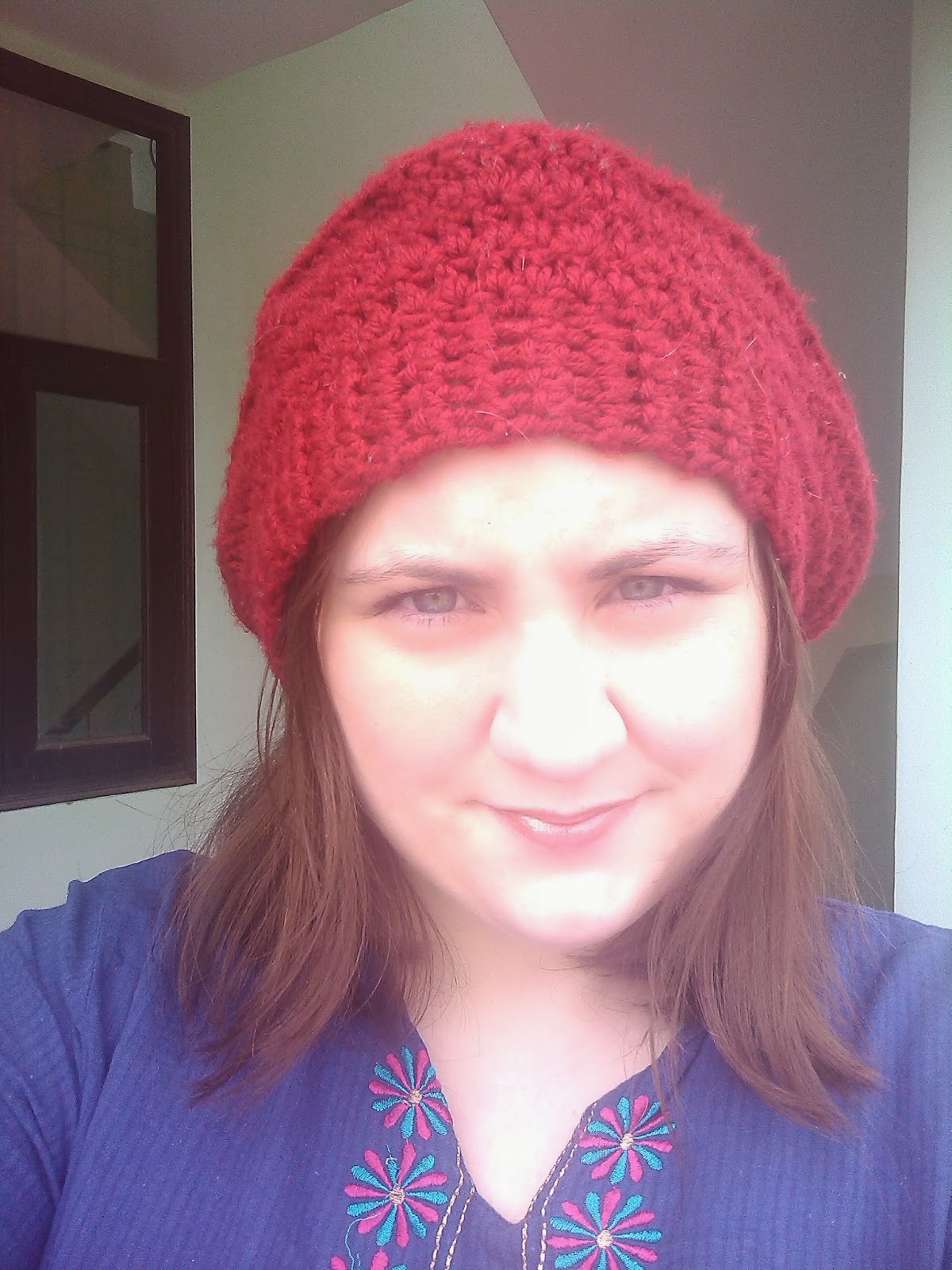 But truth is, as I said, I was bored. Since I've not had a professional hair cut since 2006 I have pretty much seen my own attempts at giving my length shape, and as I said, I didn't want to lose length. Short hair and me have been there done that don't want to go back this decade at least. So I was really thinking maybe I should try out a pro. I mean, this is a new country and I've never been to a salon here (except to get my eyebrows done for my wedding.) I should be brave, right?

Then I'd think about the money and how I'd likely dislike the results and feel like a fool... and hence why I've been having this debate in my head for months and months... basically since I got married.

However this past week something occurred to me. My hair has been growing out for years right? And it was finally long enough that I could drastically shorten it and still have the long hair look! I mean if it hits the shoulder it frames my face in a long hair way (short hair and my round face shape are not good companions) but my hair was long enough that going to shoulder length, or even a tad longer, would be pretty drastic...

So on Saturday night I was having the "should I do it myself or go to a salon" debate in my head and finally I was like "Oh for heaven's sake!" grabbed a pair of scissors, grabbed my hair and cut off 6 inches. 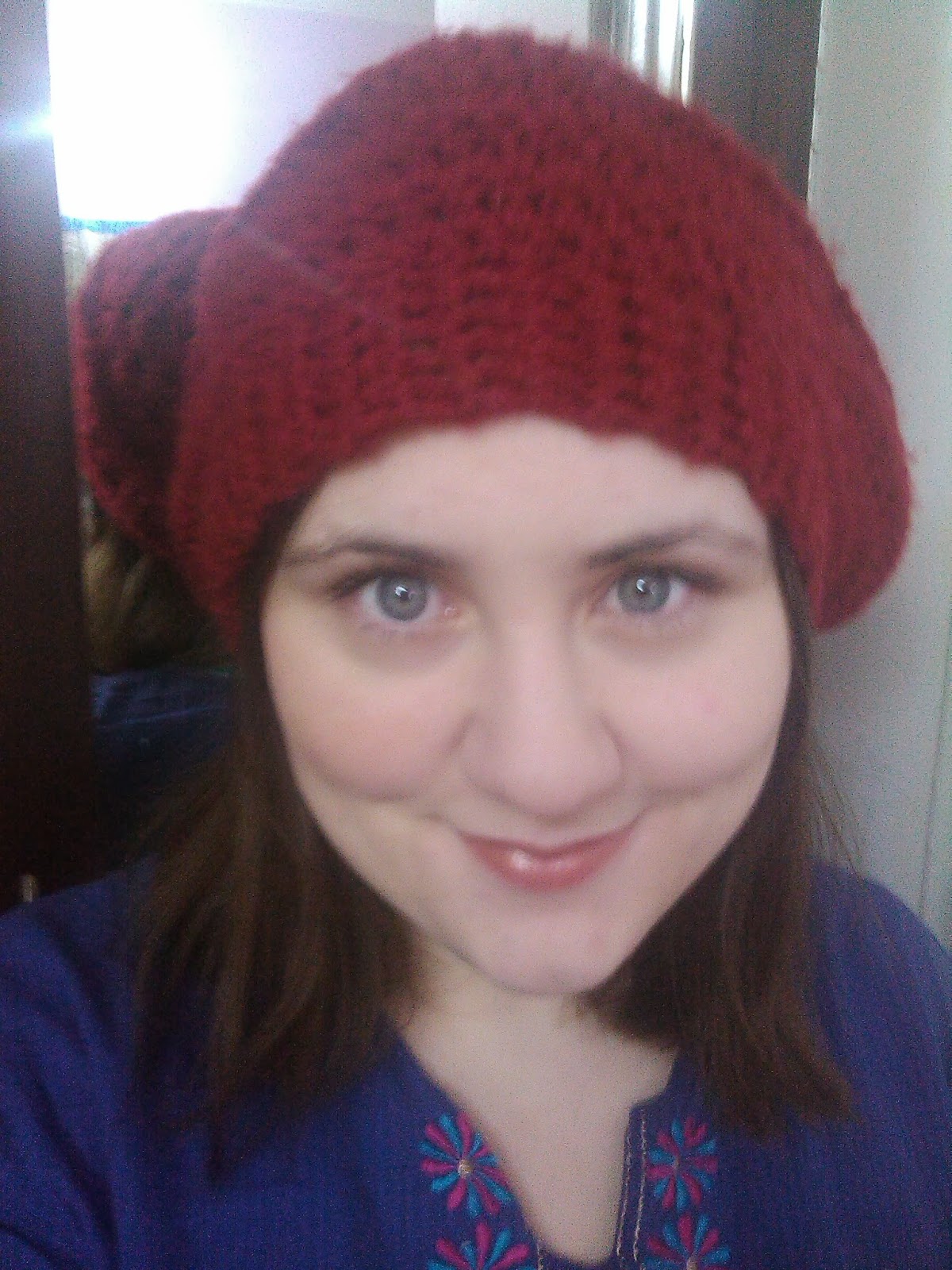 Once, I'd hacked that off, obviously I had to actually shape it, soften it with very subtle layers, all that good stuff.

Ryan was very surprised at the sudden (to him, as I'd not let him in on my incessant, indecisive dialogue for months) change, but seems okay with it.

And you know what? It's different. It's fun. And I love it! (And at some point I'll get better photos then these of it, but at least these give you an idea! My hair grows so slow it won't look much different next time I have snapshots to share anyway, haha...)
Posted by Pamela M M Berkeley at 7:42 PM