Anticipating the Arrival of AIR CONDITIONING!

Oh joy of joys, today is the day we get the air conditioner installed!!

The a.c. guy is supposed to stop by soon, not exactly sure when... It's a "split ac" which I don't think we 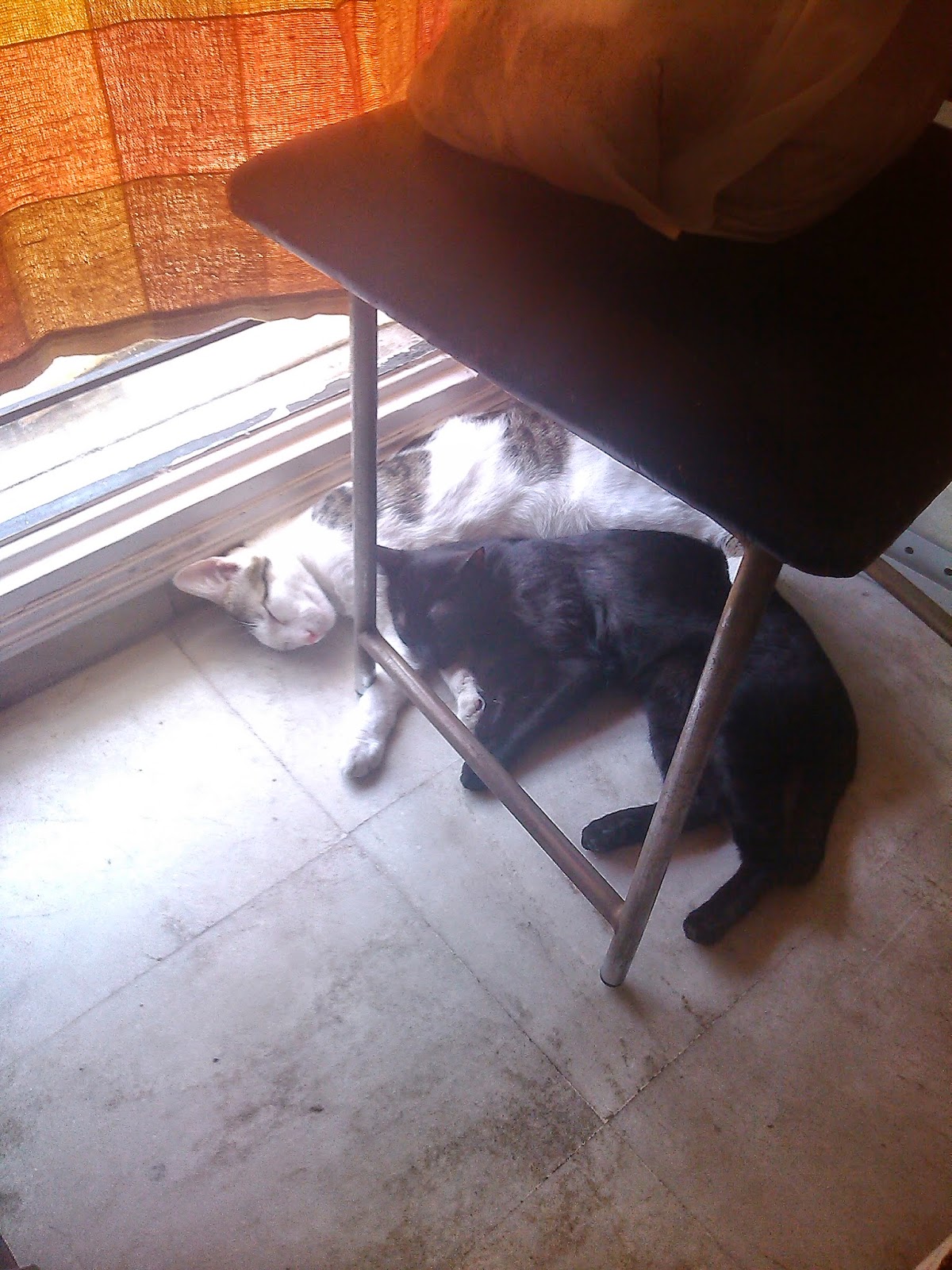 have in the USA, or if we do they're not common. Last year we used a window ac but it was only a two energy star and very inefficient. This one is more efficient and so that will be good... but I admit I'm kind of confused how it'll be installed.

It's supposed to get up to 104 degrees today and 111 by Wednesday so it's coming just in time! It's been getting up to 100 but not really crossing it, so this is the week it'll be really hot.

Obviously being 8 months pregnant in heat like this has not been fun, so it'll be great to be able to retreat to a cool oasis. Like many Indian homes we won't have a.c. in every room, but it'll be in our bedroom so we can sleep in comfort and I can go in there and turn in on for a little while when I need to take the edge off a hot day.

Last time I talked about the heat I also talked about how Princess was in heat. Luckily she's not anymore and Ryan and I are remembering how delightful she can be when she's not crazy yowling keeping us up! I really enjoy her, she's very cute and quirky and likes to keep me company during the day. As for Ryan, he's growing more and more attached to the cats. Apparently he had a dream the other night where he was ordered by a boss at work to kill and skin the cat and bring the body to her... he said no, I can't do that. I love them. A bit of a macabre dream, yes, but also kind of sweet in that Ryan and the cats relationship has been quite rocky and now even his subconscious is affirming that he's attached.

I've actually been writing quite a bit. I'm working on storing up some blog posts for when the baby comes as well as another project I'll be talking about later. I also finished my Scripture Sunday series but I'll still be publishing them Sunday by Sunday instead of all at once. It feels good to know I have stuff in advance for my blog and it's a reminder I need to be more efficient about that. Spending the time in Bible Study was also of course very well spent and spiritually I'm feeling very good lately and much more attuned then I had been.

Ryan only gets paid once a month, as I've mentioned before, and that means that when we budget we know "oh that has to wait until next month" and then the month is spent in anticipation. And because of many expenses, from the hospital stay to the move and such, buying baby stuff has been continuously put off. However this is finally the month we'll be able to get the basics. Of course the reason the a.c. guy is coming today is because Ryan just got his paycheck so we haven't really had the chance to do any shopping. We'll be hunting for deals and looking for stuff used as applicable as well too, so we'll see how that goes. But I'm feeling relieved to know that in the not so distant future we'll be prepared materially for the arrival of our little one.

Did I tell you we did a hospital tour last weekend? I had gotten approval from my doctor at my last appointment for that. We have two more hospitals to tour. This one was much more expensive than advertised, so many hidden fees that even getting a shared room it's really out of our price range. We're not striking it from the list since we might hate the hospitals or they might be just as bad, but we're thinking it's far less of a possibility than we'd thought before this... hopefully we'll get to tour the other two soon. I'd like to be able to register by the end of the month.

Well, thus ends my post of just updates about life in general. Hopefully the air conditioner guy will be arriving soon. Meanwhile I've got some laundry to hang up... one thing I can say for this heat is stuff dries really fast!
Posted by Pamela M M Berkeley at 1:25 PM