I am so thankful this week. So very, very thankful.

I started writing this Thursday morning, but in the way of a mom with a newborn got sidetracked, so now I'm finishing it Friday night. 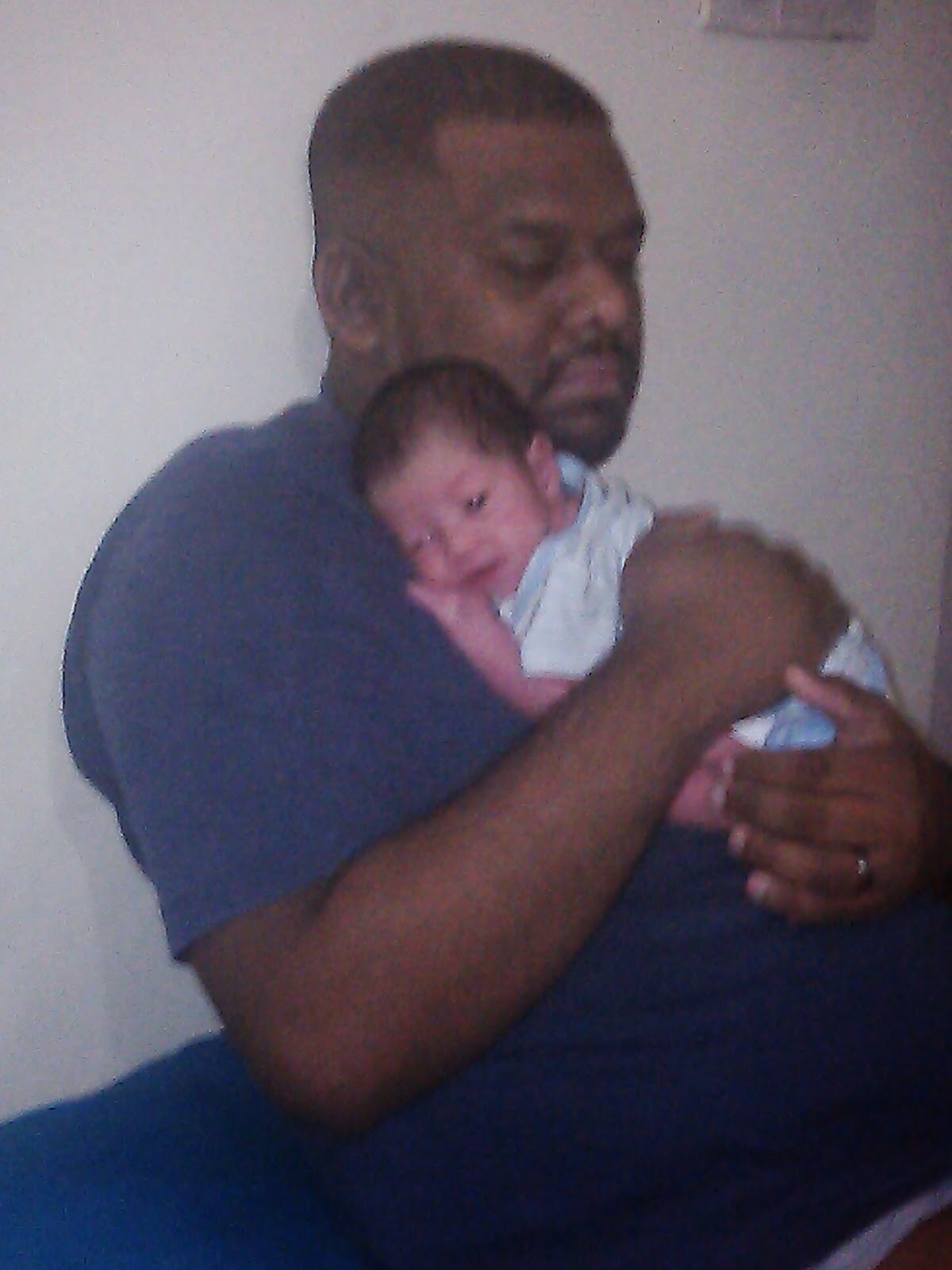 Ryan and I are just falling more and more in love with our baby. I've never had a greater joy than seeing him
and our daughter interact. An example: I was sleeping and she started crying yesterday and I asked him to get her. She'd been sleeping too and he went and got her up and told her, "I missed you!" then was gazing at her and saying, "You are so stinkin' cute!!" and kissing her face. My heart is so full.

He's been so great, changing diapers alongside me like a pro. I keep catching him just holding her and watching her sleep, murmuring about how much he loves her.

She's been a wonderfully happy baby. She rarely screams except when she's wet, so like after she pees or when she's getting a sponge bath. Otherwise she only fusses. She has two modes so far. She tends to sleep and sleep, only getting up briefly for a change or a short feed... then she gets into a mode where she eats and eats, only sleeping for five or ten minutes between feedings and seeming to be a bottomless pit. :) But just when I'm wearing out she'll go back into the sleep mode, so it's quite manageable thus far.

Breastfeeding is going well. I was worried with my polycystic ovarian syndrome I may have issues, but I do not, except perhaps for an oversupply though I think that will likely adjust soon. My mother had told me no woman in our family she knows of has ever had issues when I had worried aloud to her before our little one's arrival. I tried to remember that with confidence, but I admit I was worried until everything was going well. I had normal latch issues and still do here and there: my wiggly worm will unlatch and then get so mad about it she won't stay still to re-latch easily. But she's getting enough.

Yesterday we had a power cut, as we often do in India, and she did get too hot. We have a back-up inverter and so we had the ceiling fans on, but she needed the air conditioning. I took a bit of cool water and stroked it over her head and body to help cool her, but she still got a tiny heat rash. The power came back on and she's fine but it made us sad. We're going to likely by what in America we call a box fan, I'm told here it's a table fan to aim at her during those times. On the flip side, she often fusses she's too cold when the a.c. is on, so it's a balancing act. Ryan and I were upset yesterday about her getting hot, but we were told sagely by Ryan's parents and a seasoned mother here in India "it happens." The heat rash went away within six hours. 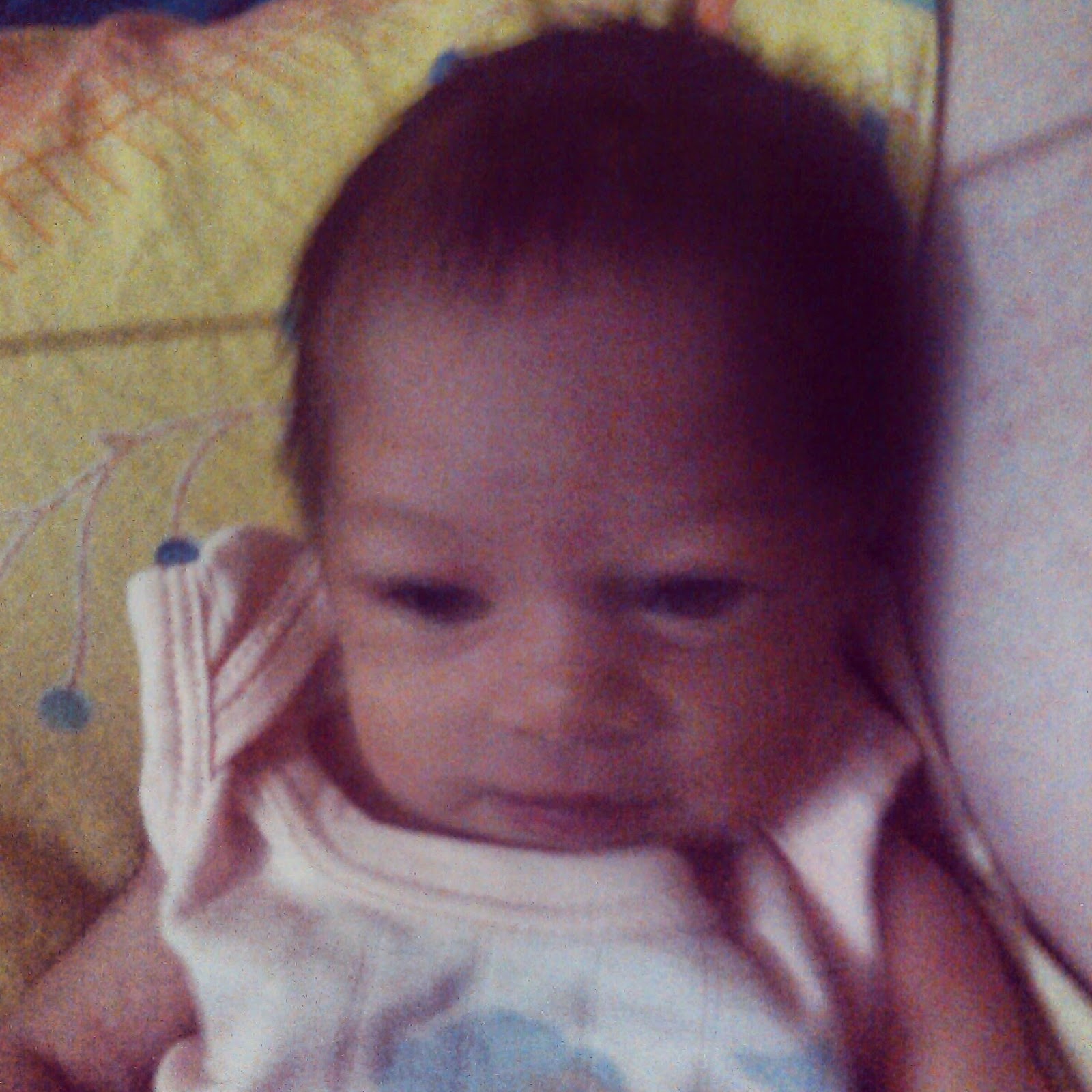 She's just such a darling. Ryan and I keep gazing at her and gushing about her. It really never does get old.

My father-in-law though said last night that he can already tell she's growing. So bittersweet! My little baby won't be little forever. Just trying to savor it while it lasts...
Posted by Pamela M M Berkeley at 10:50 PM

Email ThisBlogThis!Share to TwitterShare to FacebookShare to Pinterest
Labels: baby, thanks