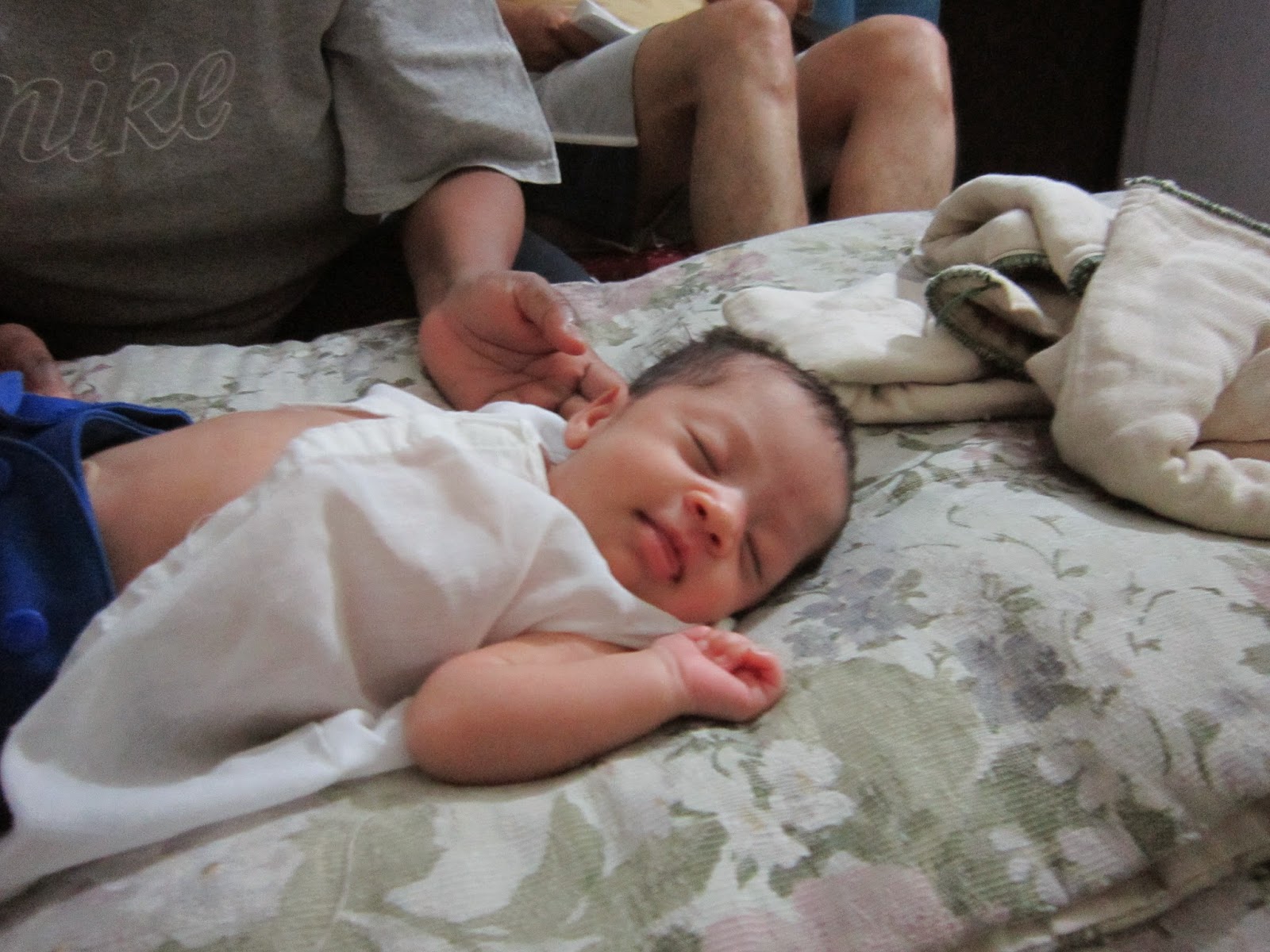 Well, publishing on blogger's not great app didn't work so well. Apparently instead of publishing the
post I published on Tuesday "on" Tuesday, it published it back when I first wrote the draft so if you were visiting the homepage you didn't see it. Sigh. I've fixed it now, but that doesn't bode well for the future since most days I am unable to get on the computer to publish posts.

The reason for that is I am sort of trapped in the bedroom since we only have an air conditioner in there and it's primarily been too hot to bring baby girl into the rest of the house. However yesterday we had a nice storm that has cooled things off a bit and we're enjoying it.

On Thursday when she was three weeks and she had a little milestone: her first laugh while awake! She's been a consummate dreamer since the first day and so we've heard her laugh in her sleep before. But Thursday Ryan was kissing her tummy and she laughed! It was awesome. Then today he says she locked eyes with him for ten seconds and then smiled. She's not really been big on eye contact before now, since her eyes have trouble focusing, so that is pretty big.

I think she's a daddy's girl.

We switched to cloth diapers this week. I'm looking forward to doing a post about my stash later.

Ryan is hounding me to get offline now because the next World Cup game is starting now. We don't have a tv, so when we watch stuff we watch it on the computer. Sigh. I have tortured him long enough saying let me finish.

Email ThisBlogThis!Share to TwitterShare to FacebookShare to Pinterest
Labels: baby