What a great year! This was the year our darling daughter was born!

This time I was leaving the first trimester behind and now I have a gurgling, bouncy 7 month old pulling on my hair (very cutely).

We moved this year and picked out the apartment just in time: a week later I was put on bed rest and remained on bed rest during the move and for three months total. Bed rest started a few days after my 28th birthday and a few days before my first anniversary. I spent one month on strict at home bed rest and two months on continually easing up modified bed rest.

During that time I became an aunt for the first time when my older sister had her own darling daughter in March.

I got to be completely off all restrictions for only one week, getting in only one real outing, Dreamer arrived when I was 38 weeks pregnant, a perfect little girl.

I stayed home the recommended time for healing and so Dreamer's immune system wasn't overwhelmed but between the bed rest and confinement I was so completely ready to get out of the house! I joined a ladie's expat Bible Study and shortly after that started Hindi lessons.

In November my friend Lydia came and visited! It was great getting to see her. We started Dreamer on solid foods during her visit. We also attended a close friend's wedding right before she came.

After a pleasant Christmas, now it's time to usher in the New Year. 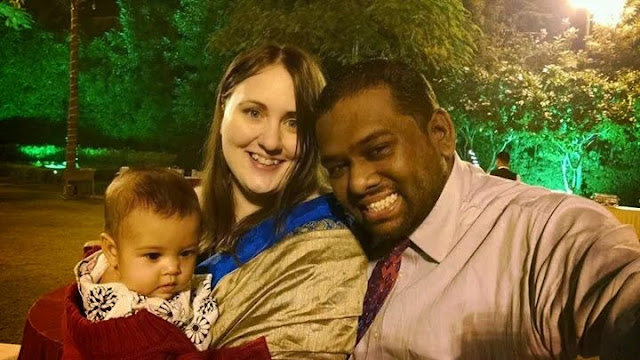 Posted by Pamela M M Berkeley at 4:56 AM