The only response our posters have garnered was that one guy on the motorcycle yesterday.

Ryan tirelessly took to the streets yesterday and last night. He walked our neighborhood four times between sundown and dawn. He's working nights but was off last night. 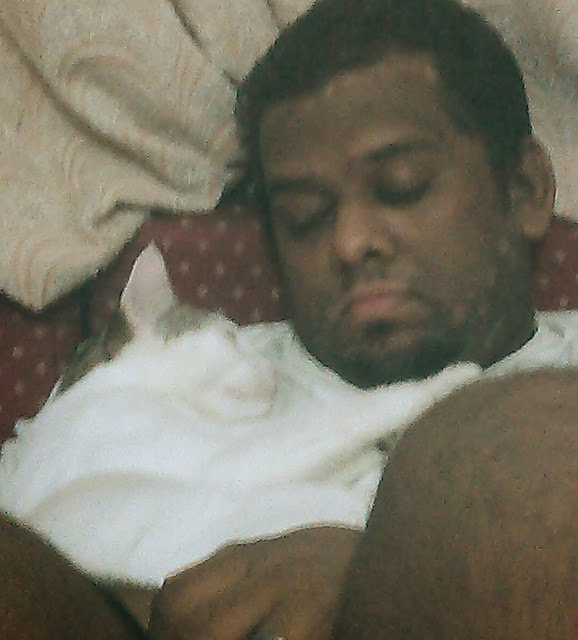 Dreamer and I went walking earlier. I purposefully put on her shoes with squeakers in the heels because I know she wouldn't want to be carried the whole way and Vex knows those shoes. So with every squeaky step he might here her and come running, since he loves her too. Didn't work, but it was a thought.

Ryan has seen other cats and had neighbors say they've spotted other cats. And of course, there are several packs of stray dogs. My new theory, combined with what I know about him meowing at 2am one street over the other night, is that he had a run in with these stray cats and/or dogs. They chased him off our street and he ran like crazy... And when he stopped he didn't know where he was, which is why he hasn't found his way back. Obviously this is speculation, but I think it's likely. 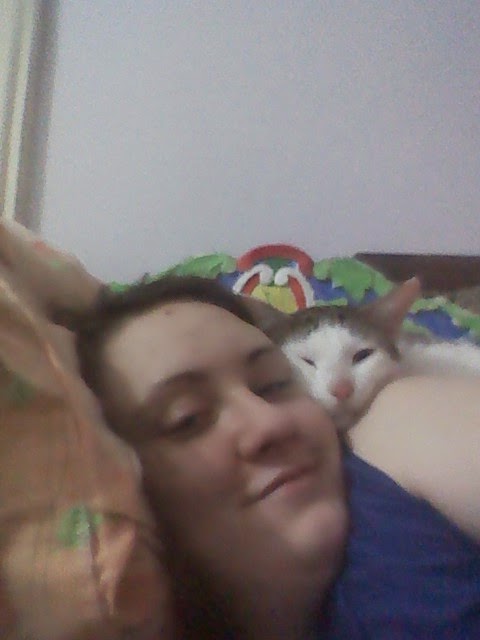 I dreamed about him again. Ryan and I are both really upset. Ryan is shocked at how deeply he misses him, he didn't realize he loved Vex so much. It's very sweet.

I am thankful Dreamer still seems unconcerned. That's the silver lining. Dreamer is too young to imagine something terrible. She loves Vex, but she's just assuming he's happily elsewhere, she's not concerned or sad. 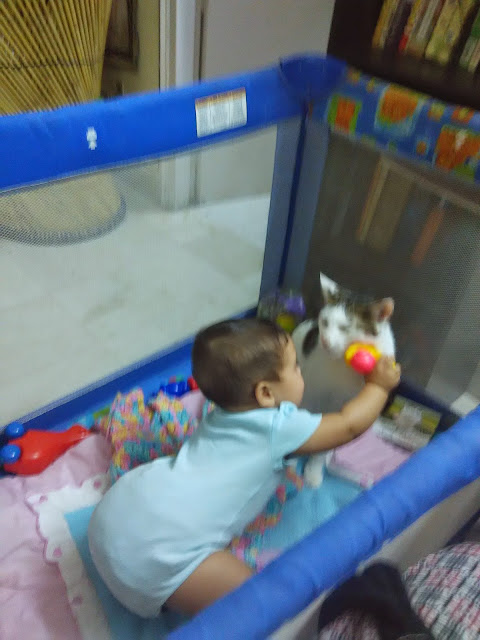 I did feel comfort seeing a lizard skitter next to the roadside on my search today. Vex is great at hunting lizards! I have been hoping he's caught a bird or squirrel or something. Both are plentiful, but Vex has never had the opportunity to hunt either before. But the lizards get in the house and our cats have effectively killed many. So even if he's not getting bigger prey, he's probably gotten some lizards.