My laptop has been fixed.

I've been back in India since mid-May. Ryan took a few weeks off to reconnect with us so I had decided not to blog until he went back to work. Then I have tried to write. And tried. 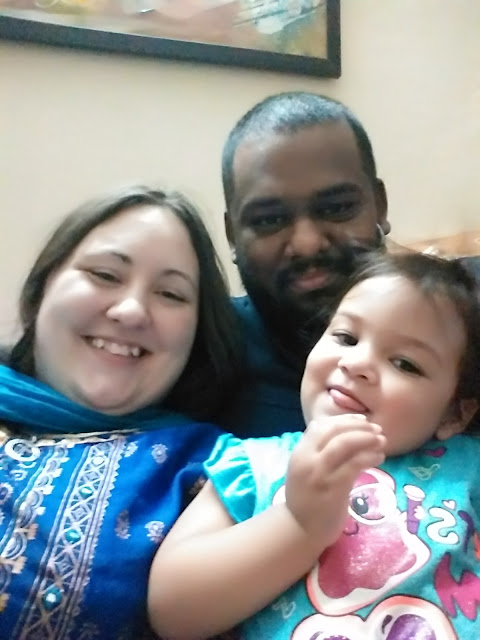 I have written things, but it's so unpolished. There's so much inside me lately. I've been wrestling with a lot. I keep thinking to write in one direction, and then another.

For the past several months I've been thinking of how to redirect my blog. It needs a shift. Since Dreamer has been born, I've not really gotten to write. I am not saying the content is horrible, but it's cohesively what I've wanted. I hadn't had the time to do it, though now she's getting better at occupying herself so I think I will have more time to write.

However, I'm not only planning to write. Before she was born, and even when she was a newborn, I was an avid reader. But since she's been born I've read maybe six books? Which sounds like a lot to some, but I used to read six books in a week. I still have that hungry mind, but now I need my eyes and hands free... so I've been devouring podcasts.

They've been becoming a huge part of my life and when I was in America the first few months I barely had any internet. Then I bought a cheap pre paid phone that had "unlimited" internet. That is, one gig of high speed and then unlimited slow internet. But I discovered, if I allowed for a nice buffering time, I could listen to my podcasts again. And it made me feel more human. I realized I really love the media.

So I'm thinking about starting some podcasts.

Ryan is an audiophile, so I want his imput on equipment (though I'll probably start with something cheap and if it goes well upgrade.) There's no way you'll be listening to anything in a few weeks, because my plan is to record 12-15 episodes of each podcast (and I'm thinking of doing at least two) before I release the first one. This will give me a nice buffer, so unlike with my blog if life gets in the way one week I won't be so ridiculously inconsistent.

I'm not giving up this blog or anything, and now I'm back. I will be blogging at least once a week from here on out. However, I do think things are going to be different.

Things you can expect to see on the blog:

Some nice deep posts I'm still wrestling with, especially about the Lord
Recaps of my trip to America
Updates on Dreamer

I'm sure there will be more, but that's what I know I'll write.