When the Words Stumble Out

I keep writing occasionally. I've started many blog posts in the past few weeks and published none. It's not writer's block. I have thoughts. It's anxiety. It's "do I really want to put this out there?" and the answer is "maybe? I don't know." 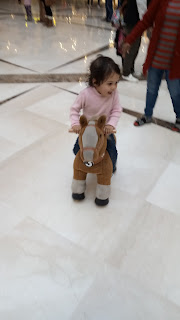 I had severe depression for about 8 weeks. It was a relief when I figured out why. I thought it was from personal drama and the election and seasonal affectiveness disorder exasperated by pregnancy and all that probably contributed. However, I am used to getting SAD each year and that just generally produces a lethargy and slight sadness. My coping mechanisms for dealing with external stressors, like turning to God, wasn't helping me shake off the depression at all either. I eventually realized it had a more biological origin. It started in early November and continued until around the New Year. The last week I was weeping daily and going into rages at the drop of a hat. I was facing the reality that I needed help... and then I heard a podcast on how breastfeeding works. And it dawned on me that my milk had dried up, slowly, in November. Dreamer had continued to try to nurse for a few weeks but finally gave up trying the week before Christmas. Lactating requires high amounts of oxytocin and prolactin. Oxytocin is a feel good hormone, and prolactin relaxes us and helps us deal with stress. So basically my levels of both of those were plummeted to their lowest levels in literal years. So it dawned on me that my hormones were just taking a few weeks to level out (which considering I'd nursed so long combined with having a hormone disorder and being pregnant... makes sense.)

Sure enough I'm on an upswing again, but I am still having difficulty getting words out.

The Lord has been faithful. Of course. He can be nothing less. I'd been leading a Bible Study and even when I was exhausted and barely took but a few minutes to prepare a study He was obviously working in the verses I picked and the themes. It was Him doing the work, not me, 100%. And even though I've been depressed I knew any failing was obviously mine, not His. 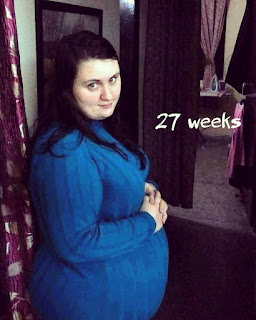 I have been struggling to be faithful to Him. I definitely feel that "our good works are but filthy rags" kind of thing lately. God told me to write a book a long time ago now and well, I haven't. I have started so many times but keep struggling and I feel like I am being such a failure. I think a lot of why I have barely been blogging not just the past two months but the past year is guilt over this book: if I have it in me to write, I should be working on that. I feel disobedient, but I also am struggling so much to find the time and space to write. Dreamer is very much a toddler. If I pull out my laptop, she pounds on it and tries to distract me because what she wants is all of Mommy, you know? The only reason you're reading this is I have gone back to it several times, working on it in bursts. Right now I'm hearing "I need crayons!"  I guess she's gotten tired of play dough...

I am 28 weeks pregnant now. Baby is kicking like crazy. I'm starting to nest, I rearranged furnitur and feel soooo dissatisfied with the cleanliness of our home right now but I am trying not to overdo it, as I am prone to do. I am inertia. When I get going, I stay going and tend to wipe myself out. When I am at rest, I find it so hard to get going. I swing from activity extremes and find it very difficult to ever be balanced. But I am trying. At this time last pregnancy I was on bed rest so I am nervous of something going wrong. With Dreamer I bled at 25 weeks and so for the past two weeks it's been in the back of my mind.

Actually I'm getting pregnant enough that it was hard to stay out the other day. We were out of the house most of the day and Dreamer was being, well, a toddler. Running around and crazy, had a couple tantrums we had to address. I was exhausted halfway through the day, which is not typical of me. It was because my hips hurt and for the first time this pregnancy I think I felt blood starting to pool in my feet. It was startling! I turned to Ryan and told him, "oh, I guess I'm getting to that part of the pregnancy!" and laughed about it... it wasn't until I got home that it hit me the reason it startled me is because I didn't get to this point last pregnancy.

Since I was on bed rest at this point last time I had stayed off my feet from 25 weeks until 37 weeks and of course I felt that way at 37 weeks but I expected it then. Though truthfully I had never gotten to a point where I was like "get this baby out" with Dreamer because I had spent several months thinking "baby, stay in and grow!" So when my water broke I was shocked because I had assumed she wouldn't come before I had gotten to that mindset. However feeling how uncomfortable I was yesterday I am thinking maybe I'll get to that mindset before this pregnancy is over, haha. For now I was saying to Ryan's parents maybe we should take Dreamer to the zoo next weekend before I get too pregnant to even consider an outing like that.

I am not promising to blog more this time, because every time I do, I break my promise. But I do promise to try. Love to you all.

Posted by Pamela M M Berkeley at 3:28 AM