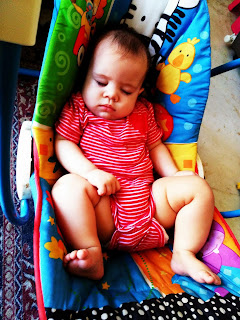 Rider is five months! And he's a boy on the move: he has started officially "creeping", which is scooting along by pushing himself with his legs while still on his belly at like 4.5 months. 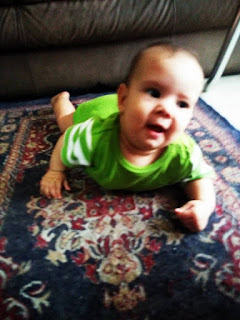 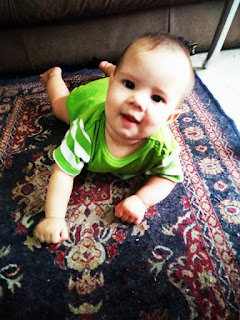 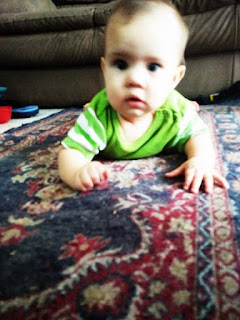 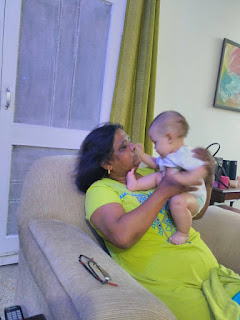 He really resembles my side of the family. See? 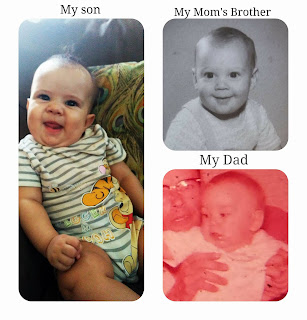 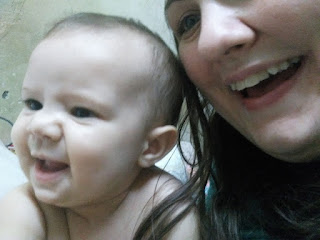