Rider is seven months! A lot happened this past month!

So, of course, the beginning of this month (ie at six months) he ate his first food: mashed banana.

He celebrated his first Halloween. 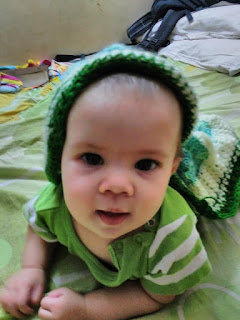 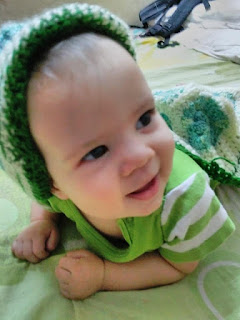 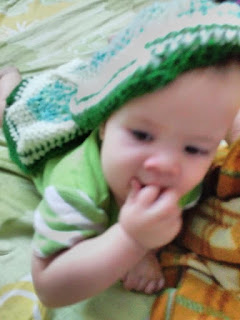 We also had the opportunity to celebrate my in-laws wedding anniversary and get some fantastic photos! 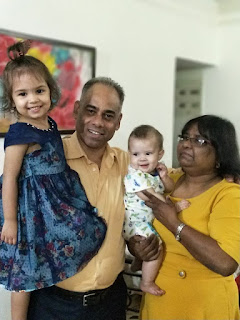 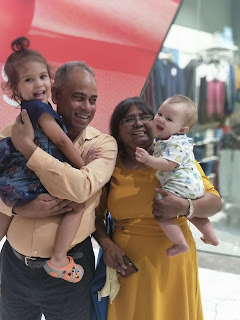 We also got to celebrate Thanksgiving this month.We met up with another Indian/American family and had a good time.

Comparison shot with his sister at the same age! 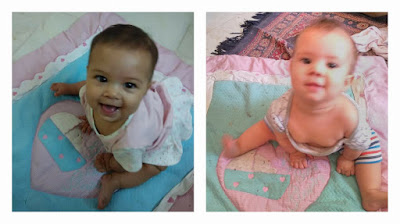 He keeps us on our toes!

He seeks out danger like a heat seeking missile. We wake up, and he beelines to the edge of the bed (!) to lean over to grab Ryan's phone charging wire and try to stick it in his mouth (!!).

Oh, and speaking of sticking things his mouth: he got his first tooth!! He would not, however, let me take a picture of his tooth. So here another cute picture. 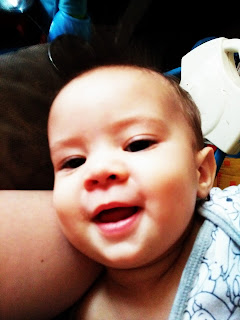 Oh and another cute sibling story. Dreamer can be such a trip!

Rider was looking really cute so I say to Dreamer, "hey, look at little man."

"Noooo," she leans over so her face is inches away from Rider's face, "You won't be a man, you silly baby!!"

And now the big announcement: before he was even seven months he's pulling up to standing!!