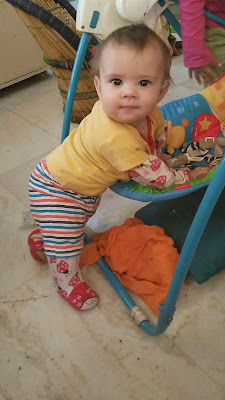 And he is freakishly strong. He ripped a keyboard key off the keyboard while sitting in Ryan's lap the other day, and while in his jumperoo yesterday, he reached up to the wall behind it and yanked down the internet cable we had nailed high up on the wall specifically to keep it out of the way, ripping the nails out and wrapping it around himself.


He is keeping me on my toes. 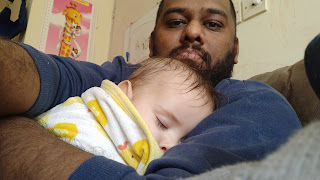 He also has three teeth now!

This past month we've all had some sickness, but we've had a fantastic time celebrating Advent and Christmas. 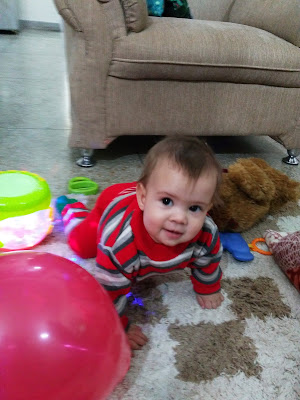 Dreamer and Rider LOVE each other. 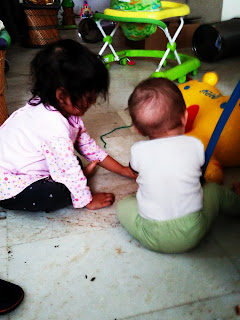 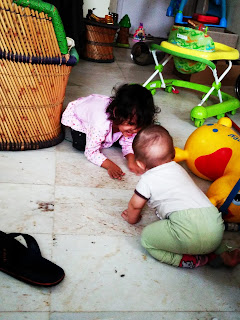 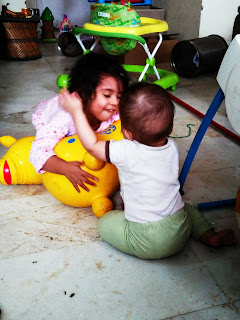 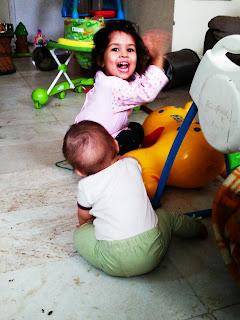 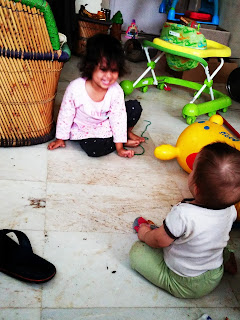 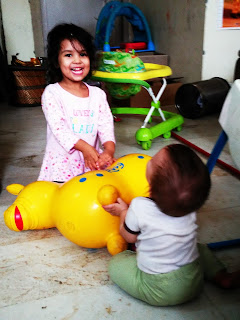 To be more specific about Rider's development though, he is so clever! This is my safe space to totally brag on him, right? He pulls blankets above his head and pulls them back down to show he wants to play peekaboo. Repeatedly! To get the game going. And now he'll blow raspberries on me. On my chest or even my forearm, to let me know he wants to play and to get me to laugh. He's taking the games we play with him, figured them out and is initiating them back at us. I think he's freaking brilliant. 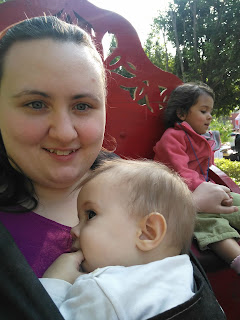 Email ThisBlogThis!Share to TwitterShare to FacebookShare to Pinterest
Labels: growing up, Growth, Rider