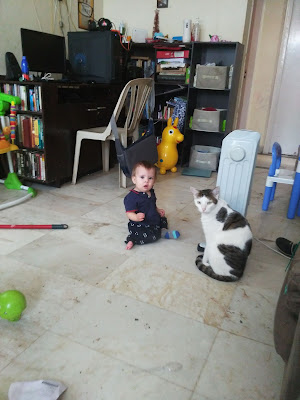 The love story between Dreamer and Rider continues. They enjoy being brother and sister so much! She is getting more and more excited as he gets old enough to begin to actually play.

January is the depths of winter here, so we've mainly been inside doing things like Snow White tea parties. 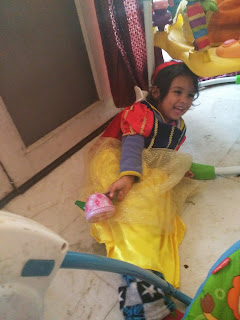 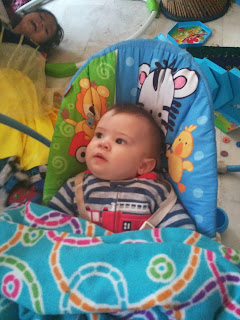 We made a big commitment as a family to something new... but I'll tell you about that later.

He's been getting to know the cats better as well as just practicing cruising around the room. 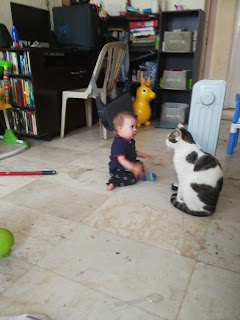 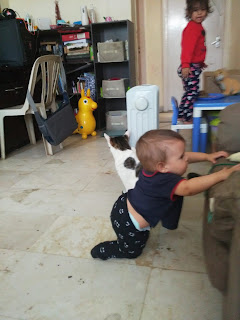 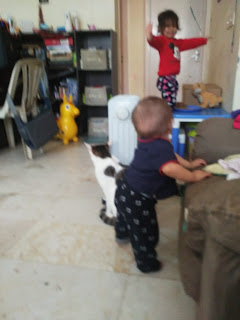 I have a feeling he'll be walking before ten months!