Yeah, so that title is referring to me. The rest of the family has also been sick but me the worst by far. Dreamer second worst, I think still breastfeeding is giving Rider a boost and me a disadvantage immune system wise. Ryan's immune system is pretty strong but he's not stayed 100% either.

I first got sick the first week of July. Horrible fever and diarrhea and body ache and the whole viral nine yards. Everyone else was okay.

Then like a week later I got a cold. Dreamer got sick too. Rider and Ryan stayed well.

Then I got another cold. Rider got it. Then Ryan got a cold and diarrhea which led me to believe that he'd still been fighting off the last illness and winning until this cold came and made his immune system army fight on two fronts and they both lost the battle at the same time.

Then I got another diarrhea illness a week and a half later. And then, as that is going away, I succumb to another head cold. And now Dreamer has it and is throwing up. I'm hoping just from mucus on an empty stomach but...

Sigh. We are not doing well. My house is practically disintegrating around us because the second I exert myself I get sick again so the laundry and dishes and everything are piling up. Ryan's pretty much exhausted his sick days.

And you know what? I *think* that's the order these illnesses came in, but I'm not even sure because it's all been such a blur. I saw a doctor once during either illness one or two, I don't even remember which one. He advised I get off my metformin (which I take for PCOS) until I'm better which means I've basically been off it for a long time now so it'll be rough getting back on because metformin has harsh side effects when you are starting it. Not looking forward to that. We are suspecting that I may have deficiencies making me vulnerable so I'm getting vitamins and probiotics. And yeah, I'll probably eventually go in for a blood test or something. Thinking to check my thyroid. But I think I'll wait for a few weeks after the vitamins. If I'm still getting sick this easily I'll do a full panel of whatever seems necessary. If I'm doing better I'll probably just check my thyroid to be safe (my mother had thyroid cancer in her thirties so I'm always worried it's my thyroid.) 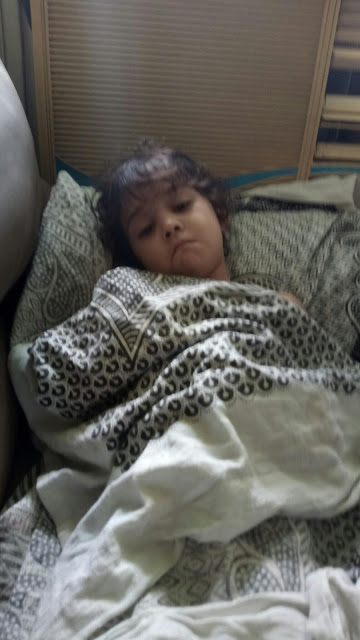