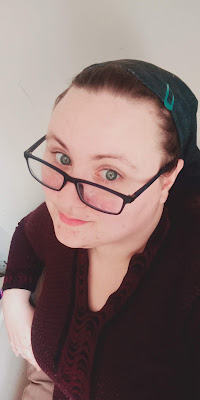 I've decided that I miss writing on this blog and that I'm going to restart by writing a brief post, unedited, while putting the kids to bed each night in May. My kids fight sleep so I end up spending a lot of time in the bedroom. It's time I can't really do anything practical like the dishes but maybe I can write a little note.

Tonight after they drift off I have to go finish some laundry and do the dishes. We have an insane situation going on here. Tomorrow we may not have any water. In November we moved to a new "society" (apartment complex) in November. We love it in general, but there are politics ruining it. Basically there's an RWA (Residents Welfare Association) which is kind of like an HOA. They take the maintenance fees we pay monthly and pay the staff and organize events etc. Well the RWA who was in place when we moved in didn't hold elections to replace themselves like they were supposed to and haven't been transparent about how they are handling the money. So some residents went to the city and got an "ad hoc RWA" put into place whose duties are just supposed to be holding an election. But while they're arranging for that the bills still need to be paid and the ex RWA isn't paying it and the ad hoc doesn't have the authority to sign checks so now our garbage collectors are on strike and our gardeners. Tomorrow the plumbers go on strike and they think the water will be turned off because we've been having pipe issues and without the plumbers working on the main pipes we may have zero water. And in two weeks we'll lose electricity.

So I've been doing a ton of laundry today and before I go to sleep I have to get all the dishes done, bottles of drinking water filled and buckets of water for bathing and anything else filled. My guess is we'll do okay up to three days without water. Which would take us to the weekend where maybe we can go to Ryan's parents for showers and fill more containers plus there's always bottled water. But if we lose electricity... Well it's like 110 degrees out and if we can't even run ceiling fans...

Okay kiddos have drifted off. I had thought I'd share deep thoughts about the Lord and stuff because honestly that's most of what I've been thinking about but maybe tomorrow. I'll add some random photo for fun and press publish without editing so forgive any typos.